The battle to convert Turkey’s Hagia Sophia into a mosque or museum has proceeded to court for legal determination. A UNESCO World Heritage Site, Hagia Sophia was constructed as a Byzantine church cathedral in 537 but was converted into a mosque when the Ottomans invaded and conquered Constantinople in 1453. But the iconic monument was changed into a museum in 1935. 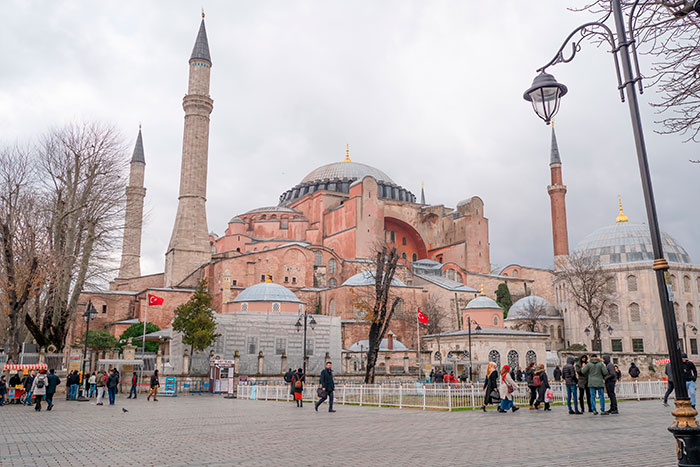 However, Turkey’s President Recep Tayyip Erdogan has his vision set to convert the building into a mosque, a development that the Association for the Protection of Historic Monuments and the Environment supports, but which the 100,000 Christians in the country kick against. Lawyers for both contenders presented their case to the Council of State in Turkey and the court is expected to give their ruling within two weeks.

The iconic 1,500+ monument has long been a symbol of crossroads between the Christian and Muslim worlds in Turkey, with millions of tourists visiting the building every year and expressing fascination with its spectacular dominance of Istanbul’s skyline. The former church cathedral was central to early Christianity in the country and its gigantic dome was a marvel to behold, even after it was turned to a mosque and then a museum.

A senior associate fellow at the London-based Royal United Services Institute and a Christian, Ziya Meral, said changing the museum back to a mosque would be exclusivist and discriminatory against Christians a denial to tourists. There are even Christian and Arabic scriptures and imageries depicted on the walls of the building. Even US Secretary of State, Mike Pompeo, said Hagia Sophia must be retained as a museum since it portrays the “diverse faith traditions and history” of Turkey which should remain accessible to all.

“Whenever I went into Hagia Sophia, I always felt like I was stepping into history or heritage in this land that I related to,” said Meral. “But I’m also stepping into a synthetism of culture that I carry within my body, within my life habits, within my world view, that somehow that sacred space brings it all together.”

But President Erdogan and his Justice and Development Party (AK Party) still favor converting the museum into a mosque, with millions of supporters saying that is the way to go. A supporter and Muslim Turk, Onur Erim, said to him, the Hagia Sophia remains a mosque where Muslim prayers are not held even though it is a museum.

“When you conquer someplace…that’s it, you get all the rights to it,” Erim said. “To me, opening up the Hagia Sophia mosque is a big issue. It goes beyond the AK Party, it goes beyond Erdogan, and it goes beyond any party in Turkey or any kind of political viewpoint.”

In the event that the court rules for the museum to be changed back to a mosque, analysts said no serious reconstruction would be done and that precious Byzantine Christian mosaics and other arts might be covered up with curtains.