Following the Monday night assassination of famous singer Hachalu Hundessa in the Ethiopian capital of Addis Ababa, 166 protesters have been killed during public demonstrations against his killing by unknown gunmen. According to the police, 167 other people sustained injuries during the violent clashes that resulted, and 1,084 people were arrested in connection with the public unrest. 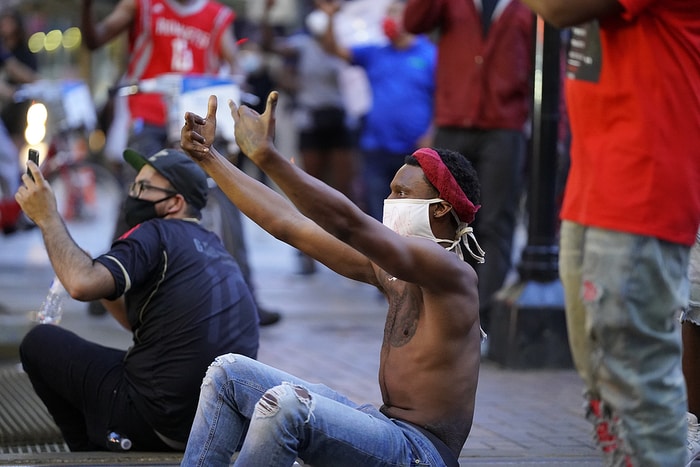 Also known as Haacaaluu Hundeessaa, Hundessa was an Ethiopian pop legend who hailed from the Oromo ethnic tribe which happened to be the largest in the northeast-African country. His music often drew attention to the marginalization of the Oromo group, and his songs were largely instrumental to the emergence of Abiy Ahmed as prime minister in 2018.

However, the Oromo tribe continues to complain that Prime Minister Ahmed is yet to fully champion their interests since he came to power. The Oromos claim Addis Ababa to be their historic land, but many other tribes refer to the country’s capital as Finfinne, the name given the capital before the reign of Emperor Menelik II.

With Hundessa’s shooting death on Monday, many of his fans wanted him to be buried in Addis Ababa although his family preferred him to be buried in Ambo, his native town to the west of the country’s capital. The choice of where to bury him generated a big tussle between his massive fans and relatives, but government officials eventually prevailed and the late singer was interred in his native village of Ambo.

But according to federal police commissioner Endeshaw Tassew, several Oromo nationalists attempted to hijack Hundessa’s body before the internment in Oromo so as to take him back to Addis Ababa, and security forces intervened, leading to a sporadic shooting and the deaths of 145 people. Deputy police commissioner for the Oromo region, Girma Gelam, said 11 security forces were also killed by protesters, while 10 people also died in Addis Ababa.

Government officials blame the many deaths on inter-ethnic violence and excessive use of force employed by security forces. “Even when many people go out to mourn his death, we lost more lives,” said Chala Tola, a student.

Earlier last month, Hundessa in an interview said the statue of Emperor Menelik II in Piasa must be toppled since he represented marginalization of the Oromo people – although the late emperor is widely regarded as the father of modern-day Ethiopia. With the protests following Hundessa’s death, many demonstrators struggled to demolish the emperor’s statue but security forces held them back and continue to protect the figure.