Chile – A team of astronomers have employed the services of the Atacama Large Millimeter/submillimeter Array (ALMA) observatory located in the Atacama desert of Chile to observe an extremely distant galaxy now dubbed as SDP.81 – by exploring the space-time phenomenon of gravitational lensing.

Gravitational lensing involves the bending of light that passes through galaxies under observation, allowing astronomers to use their gravitational fields as a form of lenses through which they can be further studied, or perhaps manipulated. 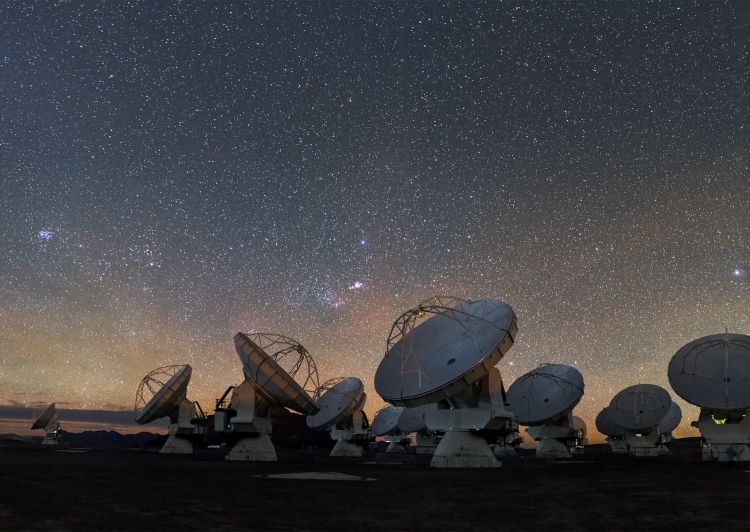 Using gravitational lensing as made possible with ALMA observatory telescopes, space scientists can now watch the birth and formation of stars in very distant galaxies like the SDP.81 which is about 11.7 billion light-years away from Earth and situated in the constellation Hydra. This distant galaxy has been discovered to formulate stars at very fast speeds and efficiency than what has been earlier observed in the Milky Way.

Led by the director of the European Southern Observatory, Rob Ivison, the researchers state that a minimum of seven other qualified scientists have analyzed the SDP.81 data pulled from ALMA, and they all agree to the minutest details contained in the study papers as they relate to the structure, motion, composition, and physical features of SDP.81.

The images obtained from ALMA telescopes are much sharper with better resolutions than any the Hubble Space Telescope could provide, and this is largely because ALMA comprises of about 22 antennas that are separated by as much as 9 miles apart.

According to Dr. Ivison, “ALMA’s huge collecting area, the large separation of its antennas, and the stable atmosphere above the Atacama Desert all lead to exquisite detail in both images and spectra. That means that we get very sensitive observations, as well as information about how the different parts of the galaxy are moving.”

Revealing how the galaxy SDP.81 was some 2.4 billion years following the Big Bang, the images taken by ALMA reveal large groups of stars that are about 200 light-years away from one another. Astronomers were also able to observe the large black hole at the middle of the galaxy some 4 billion light-years away, responsible for the gravitational lensing field.

“This one dataset has spawned an entire series of highly intriguing research, confirming that ALMA offers the astronomical community new avenues to probe the distant universe,” noted Todd Hunter, an astronomer at the US National Radio Astronomy Observatory.