The oldest state park in California, Big Basin Redwoods State Park, is currently burning with extensive damage recorded for ancient Redwoods and several park property. According to the California Department of Parks and Recreation, the wildfire damaged or destroyed the main lodge, ranger station, nature museum, campground bathrooms, park residences, maintenance store, and other historic facilities in the park. 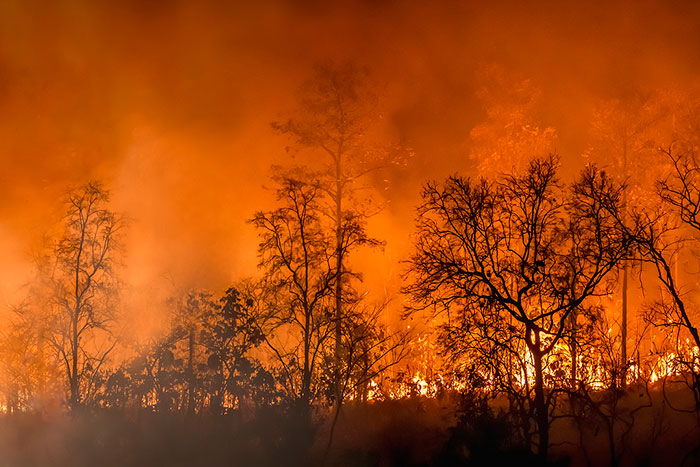 The CZU and SCU complex fires were caused by lightning near Santa Cruz and caused extensive damage to the Redwoods, prompting park staff to evacuate visitors and campers.

“California State Parks is saddened by the devastation the wildfire has caused, not only to California’s oldest state park but the surrounding community in the Santa Cruz area,” a park official said.

Many of the Redwoods in the park are as tall as the Statue of Liberty and over 50 feet around, with most of the trees up to 2,000 years old – predating the Roman Empire and in existence during the reigns of the dinosaurs. According to officials, almost 229,000 acres of forest and surrounding areas have been blackened by the wildfire with more than 1,000 fire personnel fighting the fires for more than three days. The problem however is that the raging fires are nowhere near containment.

Matt Shaffer, communications director for Sempervirens Fund, an NGO dedicated to conserving the redwood forests said losing the ancient trees is like losing an old friend. The executive director of the organization, Sara Barth, said she has received numerous messages from sympathizers across the country, and that the devastation of the park is very touching to people who come there to camp and relieve family moments.

“For millions of people from around the world this is the place where they first experienced redwoods,” Barth said. “There are many stories of people who have brought their families to this park over multiple generations. They’re really special groves in this park. They inspire people. They humble people. They put things in perspective.”

However, despite the fire licking the Redwoods, it is sure that the trees will recover because they are extremely resistant to fire and can survive following raging wildfires. The Big Basin Redwoods State Park burned in 1904 and it survived, while many indigenous people had intentionally set fire to it in ancient times. The main threats the forest faces is from man and nature – encroachment and global warming.