When an emergency arises, it’s great to know that ambulance services are ready to move quickly. These services are a crucial part of urgent and emergency care. But they’re also an expensive part of health care. 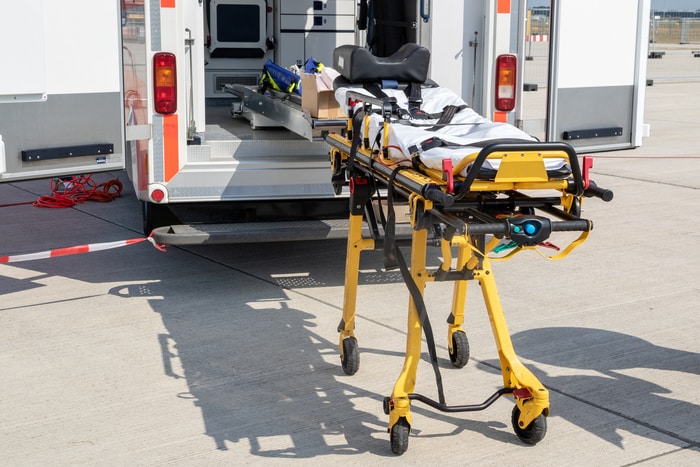 Australia is a big continent, and, in some places, sparsely populated. Many people live far from the nearest hospital, and ambulance services provide the essential transportation injured or sick people need when every second count.

Statistics show just how much people rely on our ambulance services. The population of the country is only about 24 million, but Productivity Commission reports show that in just a year from 2015 to 2016, ambulances were called out 4.3 million times to attend to 3.2 million people.

At times, people need these emergency services, but they’re not cheap. Most people are shocked by the bill they get after the emergency is over, yet costs should never make you hesitate to call for help when a life is on the line.

If you live in Queensland or Tasmania, ambulance services are included in your state health care coverage. Even if you travel to other states, your Queensland coverage will apply, and you can be reimbursed for any claims in another state.

For those in Tasmania, coverage is free within Tasmania and its islands, except for workplace accidents or car crashes that are covered by insurance. For all other states and territories, the only way to avoid the high costs of an unexpected ambulance call is by arranging ambulance cover.

Emergency cover can be capped or unlimited, but the key is that this coverage only applies in emergency situations. If you’ve been in a life-threatening accident or are experiencing a heart attack or severe blood loss, these are considered emergencies.

What coverage do you need?

Some ambulance cover will cover all types of medical travel, by land, sea, and air. Other plans only cover travel overland, include a co-pay, or set limits on costs or geographic locations where you’re covered. If you travel interstate, for example, make sure you have a plan that covers you anywhere you need to be.

Do you have a special situation that grants you cover already?

In most states, holding a Pensioner Concession Card or Health Care Concession card means you’re entitled to free ambulance cover. You’re also covered throughout Australia if you have a Department of Veterans Affairs Gold Card.

Is there a waiting period?

In some cases, a waiting period exists between the time you are accepted for cover and the time you can use the service. Waiting periods can be anything from one day to one year, depending on your situation and issues like any pre-existing conditions you might have.

Don’t wait until an emergency leaves you with an unexpected bill. Ambulance cover can be purchased online today.

Importance of Online Mock Tests < Previous
An Introduction To Adrafinil: What You Should Know Next >