Home » Headlines » Health » An Introduction To Adrafinil: What You Should Know

An Introduction To Adrafinil: What You Should Know

Somewhere between the over-stimulating, unwanted effects of a major prescription stimulant and the underwhelming effects of a completely natural supplement, synthetic nootropics like adrafinil help people to promote wakefulness without major side effects. 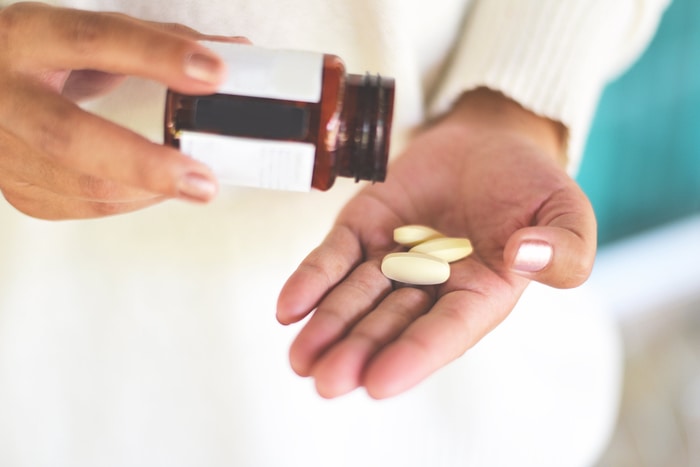 Adrafinil belongs to a class of compounds known as nootropics, which can be natural or synthetic. A nootropic boosts one or more of the brain’s executive functions, such as mood, memory, awareness, wakefulness, and the list goes on.

In the case of adrafinil, which is synthetic, it is important that anyone considering its use researches the supplement extensively. See below for a comprehensive breakdown of this nootropic’s background, uses, and related safety considerations.

When Was Adrafinil Discovered?

Adrafinil was originally discovered by a team of French pharmaceutical technicians who were actually searching compounds for natural painkillers in the 1970s.

After closer inspection and animal testing, the French laboratory, Laboratoires Lafon, found that adrafinil actually produced stimulatory effects in subjects. Shortly after, they learned that adrafinil was a prodrug for modafinil, meaning that the former was metabolized into the latter before the effects were noticed.

In the late 70s, humans were tested, and the drug was officially commercialized in 1984. To this day, adrafinil is available in many countries as either a prescription drug, e.g. in France, or as an over-the-counter supplement, e.g. in the USA.

What Is Adrafinil Used For?

Adrafinil and modafinil share the same pharmacological effects and uses, however, modafinil is more extensively studied. Whatever benefits modafinil has shown in trials, it is believed that its precursor, adrafinil, also has the same effects, and these include the following:

Narcolepsy: As mentioned, adrafinil produces stimulatory effects, promoting arousal and wakefulness. This compound is preferred by many users over other stimulants because it does not induce a state of hyperactivity but instead combats the urge to sleep without greatly affecting mood or attention span. As such, many use it to moderate the effects of narcolepsy and daytime sleepiness.

Memory: In addition to its uses as a narcolepsy treatment, adrafinil has been indicated as a possible memory-boosting supplement, but more studies are required to confirm this effect. Participant feedback from several clinical trials and studies have hinted at this effect, but more objectively measurable data is required to further explore the use of adrafinil for memory enhancement.

Cognitive Impairment: When compared to a common antidepressant in a study comprised of elderly individuals, adrafinil demonstrated greater efficacy as a treatment for reversing cognitive impairments – especially cognition speed and physical movement. This suggests future trials and uses in the area of cognitive enhancement, though the current recommendation is still focused on fighting sleepiness.

Depression: Adrafinil has also been objectively proven to combat depression symptoms. Many users noticed an improvement in the mood to some degree, although this antidepressant effect seems to be rather weak.

As a nootropic supplement, adrafinil is primarily taken to increase vigilance, focus, and energy. Whether it has any significant benefits for healthy people or not is still to be shown in clinical trials.

What Are Adrafinil’s Side Effects?

One of the main advantages of adrafinil is that it does not induce hyperactivity or anxiety-like most typical stimulants do. Still, a number of minor side effects have been consistently reported throughout trials and studies, including:

The long-term effects of adrafinil and supplements that contain it are still being investigated, but researchers note that liver enzymes increase with long-term use, indicating that liver damage could result after a certain threshold.

Like any synthetic compound, it is very important to monitor the body’s response and adjust accordingly. In case you are taking other medications or suffer from a mental disorder, it is strongly advised that you consult a physician before taking adrafinil.

Keep in mind that the FDA has not approved adrafinil for medical use, although its metabolite, modafinil, is approved and sold under various brand names.

Consumers usually learn about adrafinil and other nootropics from websites and online forums. Since these are mostly unregulated supplements, a great deal of misinformation and false advertising exists in this market, as is the norm with the whole supplement industry!

There are numerous trustworthy websites that provide helpful articles on nootropics like adrafinil and many others. This Reddit community is a great place to start learning about nootropics. You can also find detailed scientific profiles of most nootropics at Examine.com. And if you are looking for reliable vendors that sell nootropic supplements then the Morris Health website can come in handy.

Finally, stay away from products that make tall claims with no references to objective sources and studies that support their claims. Do a lot of research before buying nootropic supplements from online stores and be very skeptical of rave user reviews!

Ambulance Cover Costs in Australia < Previous
What Can You Expect From Androidhackers.Net Website? Next >