A woman has become the third person to be cured of HIV in the United States. The woman had leukemia and got cured with a stem cell transplant, in which the blood from a baby’s umbilical cord and the blood of a family member were used for her treatment. The woman has remained HIV-free for 14 months now and no longer uses antiretroviral drugs. 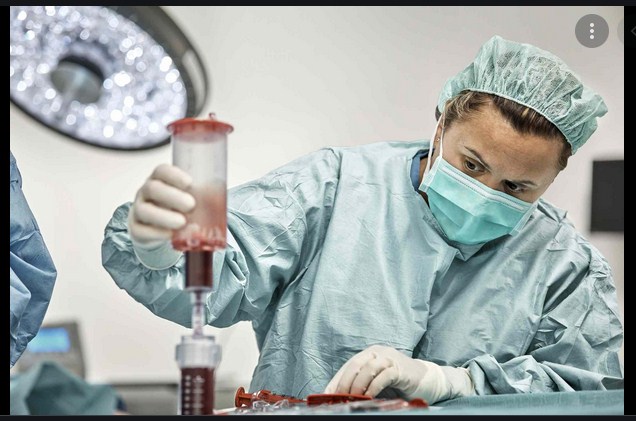 During the Conference on Retroviruses and Opportunistic Infections within the week, scientists said the unnamed woman had acute myeloid leukemia which is an incurable disease that begins in the cells that build blood in the bone marrow.

The first two persons to be cured of HIV are men – a white man and a Latino man – but this woman, who makes the third case, is of mixed race.

Sharon Lewin, the president-elect of the International AIDS Society, said these cases prove that HIV can be cured under special circumstances, but the cure is not widely available at the moment and not everyone living with HIV may qualify for treatment.

The donors for the stem cell transplant had a rare mutation that made them resistant to HIV infection. And the treatment is life-threatening, making it suitable for only people with severe cancer. Chief of Infectious Disease at Unity Hospital in New York, Dr. Anja Buttler, said different variations of the stem cell therapy were used for each of the three cured HIV persons.

“A couple years into that treatment, they stopped HIV medications and these three patients then had no further detectable HIV virus in their blood,” Dr. Buttler said. “It’s not going to be available for everybody because these patients trade their HIV medications for arguably much more toxic chemotherapy medication.”

Buttler said the life expectancy of the three patients remained the same after the treatment, and that their cure demonstrates that HIV remains a major concern around the world as much as COVID-19 has been in the last two years.

For cancer patients undergoing stem cell therapy, scientists first employ chemotherapy to destroy their cancer cells and then apply stem cell transplants from a donor with a particular genetic mutation so that the immunity of the patients grows to fight off cancer or HIV cells.

“It’s a great story of the collaboration between oncologists and disease physicians,” Buttler said. “We have talked the last two years exclusively about COVID, and we have to remember there are other infectious diseases out there.”