Home » Headlines » Sports » Which Former Winners Will Be Victorious At This Year’s Cheltenham Festival?

Which Former Winners Will Be Victorious At This Year’s Cheltenham Festival?

Cheltenham Festival 2019 is almost upon us and as usual, trainers are ensuring their horses are in the best condition ahead of the meeting; while punters are gearing up to wager who will be victorious. For those that aren’t familiar, there are seven races each day of the festival, with one stand-out race that is that bit more prestigious than the rest. Here we will look at last year’s winners in each of those, and their chances this time around. 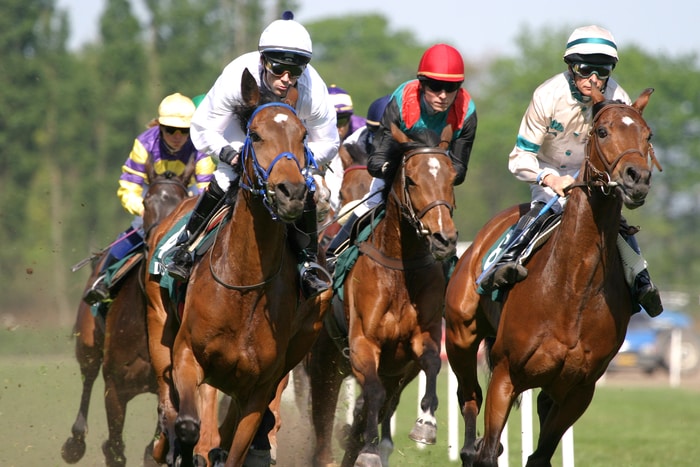 The Champion Hurdle is the first showpiece race – always on a Tuesday, which is known as Champion Day. Buveur D’Air will be looking to make it a hattrick of wins in this race, having been victorious last year and in 2017 – and would become only the sixth horse in the history of the Cheltenham Festival to do so. Victorious in 11 of his last 13 starts over hurdles, it’s understandable then that he is the joint-favorite amongst the bookies. Also in the running are Apple’s Jade (15/8), who won the Irish Champion Hurdle last month and is in fine form this season and Laurina (7/2). Willie Mullins is the most successful trainer at Cheltenham and he will be looking to make it another win to add to his collection, this time with his six-year-old mare.

Wednesday at Cheltenham Festival is always Ladies Day, so it’s only right that the most important race is the Queen Mother Chase, often known as the Champion Chase. The 2018 Champion Chase was won by Altior, with Min second by seven-lengths. The defending champion is the favorite once again with the bookies at 2/5 and unbelievably is unbeaten in 17 races, 12 of those over hurdles. A win at Cheltenham will see him match the record set by Big Bucks of 18 consecutive wins. However, Min has been triumphant in his last two races (one flat, one hurdle) and at Evens, is surely a decent bet.

Penhill won’t be looking to defend his crown in the Stayers’ Hurdle, with the Irish horse ruled out as recently as last Wednesday. The eight-year-old has only raced four times in the last two years, with two of those victories at Cheltenham (the other coming in the Albert Bartlett in 2017). In his absence, all eyes are on Paisley Park whose odds have tightened to 15/8 and who’s unbeaten this season. However, it’s only the second time Paisley Park has raced at Cheltenham Festival, previously coming 13th in the Albert Bartlett in 2017 and he faces stiff competition from other festival favorites, Presenting Percy and Apple’s Jade. Last year’s Stayers’ runner-up Supasundae is currently sixth-favorite at 15/2, but don’t rule the underdog out.

The festival finale and the one big race that all trainers and jockeys want to win – the Gold Cup is the most prestigious title at the Cheltenham Festival. It’s hard to forget last year’s race, which saw Native River and Might Bite neck-and-neck, with the former victorious by four-and-a-half lengths. This year, the reigning champion will need to out-run a host of top Grade 1 horses if he is to retain his title. Currently the second favorite with odds of 11/2, he will need to overcome joint favorites Clan Des Obeaux and Presenting Percy. The former is yet to taste success at Cheltenham, with no wins from four races, but that’s not to say he isn’t a serious contender this time around. While although the latter has only raced once this season, he has previous success and jockey Davy Russell isn’t worried, saying: “I’ll be going into the race like he’s had ten runs; it makes no difference to me. He’ll be fit and I’ll ride him the way I usually do”.