Ninety-year-old William Shatner has revealed that Prince William has wrong ideas about space tourism. Shatner who was the oldest man to ever go to space disclosed that the future king of Britain does not fully understand the objectives of exploring space even though the Earth can be bettered. 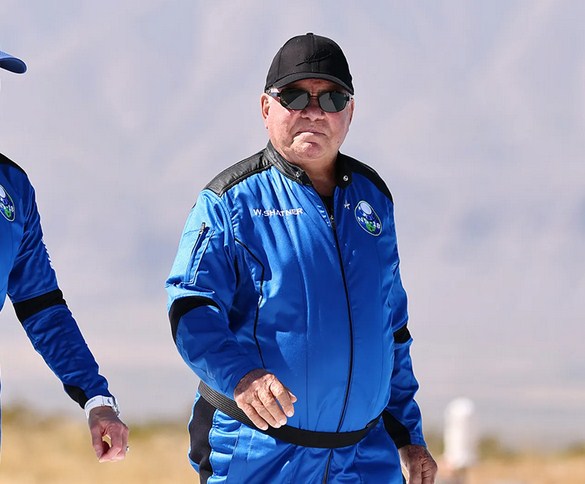 Shatner traveled to space last week aboard Jeff Bezos’ Blue Origin’s New Shepard NS-18 rocket. He made the statement in response to Prince William’s assertion on the BBC that people should “repair our planet” instead of trying to colonize space.

“We need some of the world’s greatest brains and minds fixed on trying to repair this planet, not trying to find the next place to go and live,” the Duke of Cambridge stated. “It really is quite crucial to be focusing on this [planet] rather than giving up and heading out into space to try and think of solutions for the future.”

William made it clear that he is not interested in going to space given that the endeavor generates a massive carbon cost to our Earth.

Shatner, who played Captain Kirk in the original “Star Trek” TV series, stated that the Prince believes that going to space is an ego-booster for space tourists. But that is actually much more than that. He said exploring space is actually a small step towards potentially building an energy base that could power homes and industries on Earth. He said this will prevent our world from carbon pollution and degradation.

“We’ve got all the technology, the rockets, to send the things up there,” Shatner said. “You can build a base 250, 280 miles above the Earth and send that power down here, and they catch it, and they then use it, and it’s there. All it needs is somebody as rich as Jeff Bezos [to say], ‘Let’s go up there.’”

Shatner emphasized that the Earth will be better protected if energy generation is taken to space and that this is something William should know.

“He’s a lovely Englishman,” he said. “He’s going to be king of England one day. He’s a lovely, gentle, educated man, but he’s got the wrong idea. I would tell the prince, and I hope the prince gets the message; this is a baby step into the idea of getting the industry up there, so that all those polluting industries, especially, for example, the industries that make electricity…off of Earth.”

Describing his experience at going into space and crossing the Karman Line which is regarded as Earth’s boundary with outer space, Shatner said the experience was profound. He said everyone should experience space travel to better understand our planet. He said going farther up into deep space is ugliness and blackness.

“Everybody in the world needs to do this!” Shatner stated. “To see the moon come and whip by — now you’re staring into blackness — that’s the thing.”