Why 2021 Promises to be a Bumper Year for Sports Fans

2021 is being seen by many people in the know as a new dawn for sporting competition, with old and new events looming on the horizon and promising to deliver untold levels of entertainment. 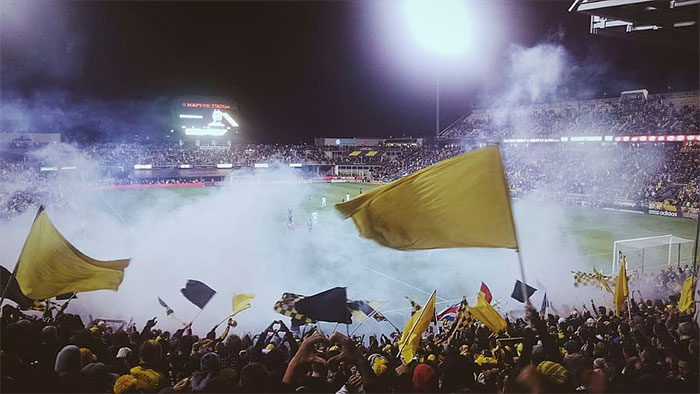 In this article, we preview some of these events and tournaments, all of which bring their unique flavor to the sporting calendar in 2021. Who knows, they may even inspire you to set your own sporting goals for the year ahead.

Kicking off the year with a bang is the Super Bowl. In 2020, the event hailed the rise of a new star in the form of Kansas City Chiefs quarterback Patrick Mahomes, who defied the NFL betting odds to lead an incredible comeback against the 49ers.

Kansas is sure to be in the running again this time around, with wily old-timers such as Tom Brady and Ben Roethlisberger waiting in the wings if Mahomes makes any slip-ups. At the moment, the latest NFL betting futures markets from US sportsbooks suggest that it is a five-way race between Kansas, Pittsburgh, New Orleans, Seattle, and Green Bay, but the playoffs could still easily throw up some big surprises before the February showcase rolls around.

As well as the action taking place on the field, the half-time show, led by Jennifer Lopez and Shakira, also took things to a new level in 2020. The upcoming LV version is no doubt ready to pull out all the stops to match its predecessor.

The enticing city of Tokyo has been keeping the world waiting for its dose of Olympic drama, but the wait will be overcome in August 2021, as athletes from all over the planet converge on the land of the rising sun.

Apart from taking place in such a beguiling setting, the Tokyo games also promise to be a huge success due to the new core events that will wow crowds and television audiences. These include high octane sports such as surfing, sports climbing, skateboarding, and karate. Perhaps because of the sports’ popularity in Japan, both softball and baseball also make a welcome return to the fold, with teams from Asia and South America trying to upset the United States and Canadian participants.

The Ryder Cup is usually a staple in the yearly diet of any sports fan. In 2021, there will be incredible fervor building up to the tournament, which takes place between the US and Europe towards the end of September. Pádraig Harrington and Steve Stricker will be the former playing legends who will be in charge of leading their teams to glory in front of the packed galleries.

Europe is the current holder of the cup, having thrashed their American rivals last time out, which means the US will be hungry for some sweet revenge on the clifftop fairways at Whistling Straits, Wisconsin.

Rather than changing the tournament’s name to Euro 2021, the suits at European soccer governing body UEFA decided to stick with Euro 2020, which may have fans thinking they have entered something of a time warp come kick-off in June 2021.

Some of the best players in the world will all be hoping to elevate their respective nations into the semi-finals and finals, which are due to take place at Wembley Stadium in London. Can England go one better than they did in 1996 and make it to the showcase final?

The 2020 NBA finals will go down as some of the weirdest ever seen, as teams did battle at Disneyland. Hopefully, the setting will be a little more fitting this time around when the NBA reaches its climax in June and stars like Lebron James and James Harden go in search of glory.

Focusing on Your Finances: Decoding Paycheck Stub Abbreviations < Previous
Tips To Buy The Best Telescopes For Beginners Next >