“Luck” is an upcoming animated project by Skydance Animation and Apple Original Films. It has been recently announced that Academy Award winner Whoopi Goldberg will be joining the cast of “Luck.” The cast will also feature Jane Fonda, and the film will be directed by Peggy Holmes and Kiel Murray. The story is about the unluckiest girl in the world who partners with mystical creatures in her adventurous journey to uncover a force more powerful than luck. 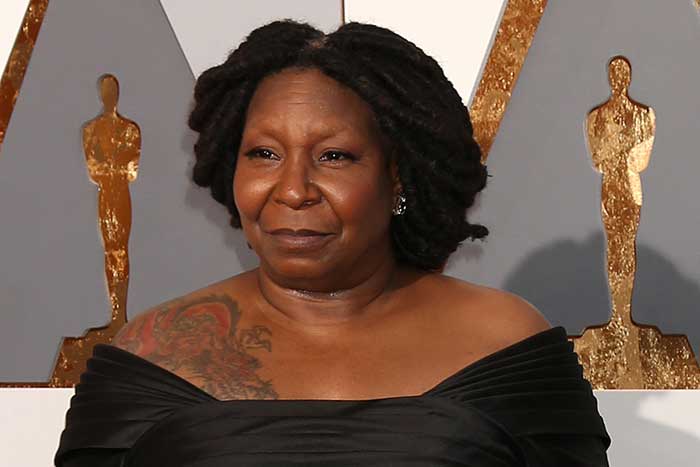 Born and raised in New York, Whoopi Goldberg is one of few celebrities in the world who have achieved EGOT status, which refers to winning an Emmy, Grammy, Oscar, and Tony award for outstanding work in cinema, theater, and music. She is the only black African American woman to win EGOT awards. She will lend her voice to the character of The Captain in the animated feature film. The character is described as a tough and vigilant head of security for the Land of Good Luck. Jane Fonda will be playing the character of the CEO of the Land of Good Luck.

“Luck” would be the first time that Goldberg and Fonda work together in a film.

Goldberg is known for her performances in “Ghost,” “Sister Act” series, “The Color Purple,” and several other memorable roles. She has been part of several animated feature films, including the iconic animated film “The Lion King” in 1994. Goldberg has also written several books for children and non-fiction. She also achieved success as an entrepreneur, product, and global humanitarian endeavors.

According to the Hollywood Reporter, “Luck” is expected to be released in February 2022. It will be released by Paramount Animations, which is also co-financing the project. Chris Aronson, the president of domestic distribution at Paramount, shared his excitement for the continued collaboration with Skydance Animation Studios. He is looking forward to upcoming projects and is optimistic about the commercial and critical success of the project. “Luck” is expected to be released in theaters before it becomes available to viewers of Apply TV+.

Earlier in 2021, Apple had announced a multi-year partnership deal with Skydance Animation Studios to produce several projects, including “Luck,” “Spellbound,” and “The Search for WondLa.” The partnership deal will produce content geared towards kids and families. With Apple TV+ reaching over 100 countries, there has been a great demand for more content for Apple TV+ viewers. Apple programming has gathered over 200 nominations and 60 wins in several categories for film and television shows in just over a year.

Skydance Animation is led by the famous animation guru John Lasseter, who joined the company in 2019 to lead the strategy and creative team. He will also lead all Skydance media platforms for animated content. He is recognized as one of the pioneers of using computer graphics for animated movies. Lasseter has previously been a chief creative officer of Disney and Pixar and was instrumental in the development of some of the biggest blockbusters, including “Toy Story,” “A Bug’s Life,” and “Cars.” In the early year of Pixar, Lasseter also got a chance to work with Steve Jobs.

John Lasseter has won several awards for his creative genius, including two Academy Awards for “Tin Toy” and “Toy Story.” He has been inducted into the prestigious Hollywood Walk of Fame. In his new role with Skydance, Lasseter will have an opportunity to add to his reputation as the leading creative executive in the space of animation media. Lasseter is credited as the producer for “Luck,” “Spellbound,” and several other projects by Skydance.

Describe the Real-Time Investment of a Business in Detail < Previous
COVID and the Brain: Addressing the Neurological Effects of Infection Next >