Home » Headlines » Editorials » Where Are You Most at Risk of an Auto Accident?

Where Are You Most at Risk of an Auto Accident?

Over the course of a typical driver’s lifetime, they’ll be involved in three to four accidents—an average of once every 17.9 years. But where are these accidents most likely to happen? And what can drivers do to avoid them? Below, learn more about where U.S. drivers may be most at risk of an auto accident. 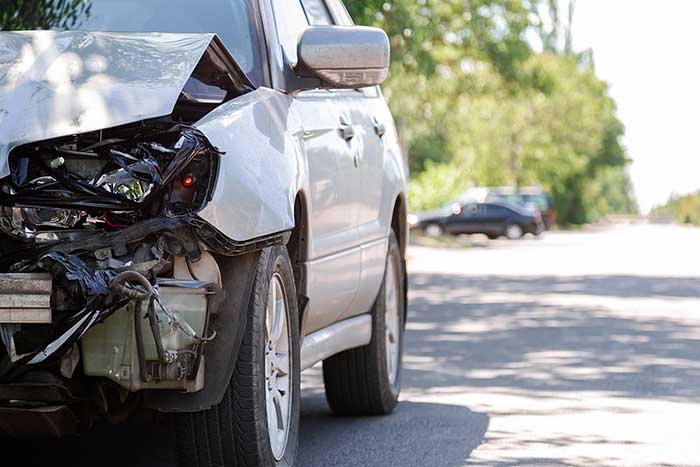 Where Are Accidents Most Likely?

According to the National Highway and Traffic Safety Administration (NHTSA), drivers are most likely to be involved in a fatal car accident within 25 miles of their home. There are multiple reasons for this:

Some cities also have much higher traffic accident rates than others. Currently, Columbus, Ohio; St. Louis, Missouri; Los Angeles, California; Sacramento, California; and New Orleans, Louisiana are the five most accident-prone cities in the U.S.

Fatal crashes are statistically more likely to occur in rural areas, largely due to the higher speed limits on these roads. States like Nevada have even established the High-Risk Rural Roads Program, designed to reduce fatalities and increase safety on the state’s many rural roads and highways.

Stoplights and stop signs are both common locations for rear-end collisions. Though these crashes are often relatively minor, they can be serious if the rear driver significantly misjudges the time they’ll need to stop or fails to see the vehicle in front of them quickly enough to react.

Intersections are another common site of collisions, often rear-end or t-bone collisions. Some drivers may assume that a two-way stop is actually a four-way stop and pull out in front of another vehicle; others may not yield the right of way and attempt to cross an intersection at the same time as another driver. Still other drivers may attempt to make a risky maneuver like quickly turning left and misjudge the distance of oncoming traffic.

Though the low-speed collisions that tend to be most common in parking lots and parking garages don’t usually cause significant injury or vehicle damage, they can still be risky. And even a minor-seeming scrape or dent that crosses more than one vehicle body panel can be expensive to repair. Many car-pedestrian accidents also occur in lots and garages.

When Do Accidents Happen Most Often?

The daily volume of traffic accidents isn’t steady. Law enforcement and insurance carriers have identified some common times during which most accidents tend to occur.

With more cars on the road, more drivers are at risk of an accident—especially when they may be distracted by email or rushing to make it to work on time. Many accidents happen during weekday mornings between 7 and 9 a.m. and afternoons between 3 and 6 p.m. And even during these times, not all days are created equal; Friday from noon to 6 p.m. is the worst time and day for car accidents all week.

While only 25 percent of all driving occurs at night, because fatal accidents often have alcohol as a contributing factor, late nights are responsible for 50 percent of all traffic deaths. Drivers may not be able to see other vehicles as clearly as they can during daylight hours, and may also be more likely to strike wild animals like deer or elk.

Summer and the early fall are peak travel seasons, and those heading on road trips—and driving in less-familiar areas—may be more prone to be involved in a traffic accident. Summer also has several holidays, from Memorial Day to Independence Day, which raises the number of potentially intoxicated drivers on the roads.

Holidays are another heavy traveling time, whether you’re driving to your destination or only to the airport. Hitting the road on holidays like New Year’s Day, Independence Day, and Thanksgiving weekend (particularly after dark) can increase the risk of being involved in an accident. Those traveling to places that see snow or ice can also be at greater risk.

Whether the clock is springing forward or falling back, the resulting sleep loss—or unexpected morning darkness—can wreak havoc on otherwise cautious drivers. Daylight Savings Time (DST) has been associated with a clear rise in the number of auto accidents, both during the weekend the clocks turn and the days following.

How Can Drivers Avoid These Accidents?

Though these statistics can be alarming, there are a few steps drivers can take to reduce the risk of being involved in an accident.

Driving while distracted can be just as dangerous as driving while drunk. It’s crucial to pay attention behind the wheel, especially when you’re traveling in familiar areas and likely to become complacent. You may want to set your phone to automatically go into “do not disturb” mode when it senses that you’re behind the wheel.

Even if you’re one of the most careful drivers in the world, you can’t always account for the actions of other drivers. It’s important to drive defensively—that is, to carefully watch what other vehicles are doing, try to anticipate their movements, and don’t assume they’ll follow traffic laws. Defensive driving may be able to help you dodge an accident.

Keep Your Car in Good Shape

Some accidents can be attributed to vehicle issues and problems—leaky or bald tires, faulty brakes, or a dying transmission that leaves you stranded in the middle of an intersection. If your vehicle isn’t in good working condition, you may not be able to avoid an accident. By keeping up with regular maintenance and taking care of small problems before they turn into major ones, you can help avoid becoming the victim of any vehicular malfunctions.

How Much Does a Good Criminal Lawyer Cost? < Previous
Online Gambling in Canada – Questions and Answers Next >