Home » Headlines » Editorials » When is the Right Time for NIPT?

When is the Right Time for NIPT?

Non-Invasive Prenatal Testing is a testing procedure that uses DNA in the mother’s blood to determine or estimate the risk of the fetus being affected by conditions such as Down’s syndrome, etc. Since its widespread adoption, there has been considerable debate between clinicians and patients regarding the right time for NIPT. 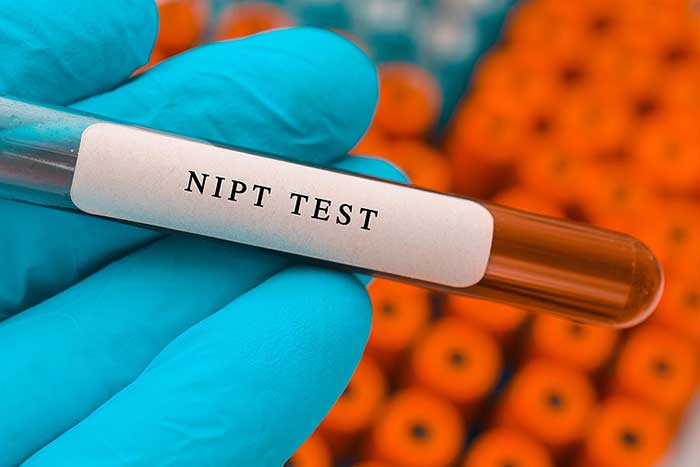 Since it is a new test, much research still needs to be done to optimize its use. However, clinicians giving prenatal care must have some information on how safe and effective it is.

The Centers for Disease Control and Prevention (CDC) and other independent institutions have provided the professional community with the most recent guidelines using this technology.

What Do the Experts Recommend?

The experts recommend that women be screened for aneuploidies at 10-14 weeks of gestation since early detection will facilitate earlier treatment. This time frame is also designed to increase the rates of detection since hCG levels are higher at this point in gestation, doubling every 36-48 hours until they reach 12 weeks.

The American Congress of Obstetricians and Gynecologists (ACOG) recommends that women be screened for aneuploidies between 10-14 weeks of gestation but that longer screening intervals are used.

It is also recommended that women with high-risk pregnancies be screened between 10-14 weeks of gestation due to their higher aneuploidy rates.

The clinical implementation of NIPT has been slow in the United States due to several factors.

First, Non-Invasive Prenatal Testing is not currently available in all areas. Second, it demands the availability of medical staff who can give proper informed consent and provide patients with counseling about the risks and benefits associated with undergoing testing.

It isn’t easy to say when this technology may become popular, but leading experts agree that it will most likely occur within the next 2-3 years. It will depend on how many more published studies show NIPT to be accurate and effective.

As this technology becomes more widespread, there will be a need for prenatal diagnostic centers that can perform this test.

Even if the studies’ results are negative, it is believed that it can be used as a first-time test before undergoing invasive testing to confirm the findings, which usually provide information on whether or not the fetus has aneuploidies for chromosomes 13, 18, 21, and X.

What Do You Need to Do for the Test?

For accurate Non-Invasive Prenatal Testing, the mother needs to seek a medical professional within ten weeks of gestation. When the fetal genome can be sampled, it is easier to calculate the aneuploidy risk for chromosomes 13, 18, 21, and X.

So, you must make sure your medical provider has ordered NIPT through your insurance. This way, you can avoid delays, as long as your insurance provider agrees with your decision to use it.

Non-Invasive Prenatal Testing uses a sample of blood from the mother, sent to the laboratory by courier service. The woman being tested should avoid any intercourse prior to testing. Also, she should refrain from using tampons for two days before the test since this may cause contamination problems during sample collection.

The first step is to have blood drawn, usually through a vein in your arm, which will give you some degree of satisfaction knowing that it doesn’t involve going through the cervix.

Following collection, a specialized laboratory team will process your blood sample and test it for fetal DNA. The time it takes to receive results differs from lab to lab since it depends on how many test samples a particular lab is receiving at any given moment. Most likely, you will have to wait two weeks to receive the results.

Is It Safe to Use During Pregnancy?

There are a few reasons why Non-Invasive Prenatal Testing is believed to be safe. First, the test only detects fetal cells, so it should not detect any maternal cells.

Second, if the test does find extra chromosomes (aneuploidy) and leads to further testing, this usually involves sending a second blood sample from the mother and performing an amniocentesis.

It means there is no risk of exposure during pregnancy to the fetus’ blood or brain tissue in cases where the woman decides against the continuation of pregnancy. Therefore there should be no risk involved in undergoing this testing.

Non-Invasive Prenatal Testing is a diagnostic test that has an extremely high level of accuracy. It has been proven to detect all types of chromosomal abnormalities, including sex chromosome disorders. Hence, a lot of women worldwide are choosing to undergo tests.

Medicare Advantage Plan: Is it Right for You? < Previous
11 Ways to Get Started With Professional Writing Next >