Home » Headlines » Editorials » What Is Mesothelioma?

Unfortunately, there are situations where materials are used in common situations that we later find out can be very hazardous or even deadly. 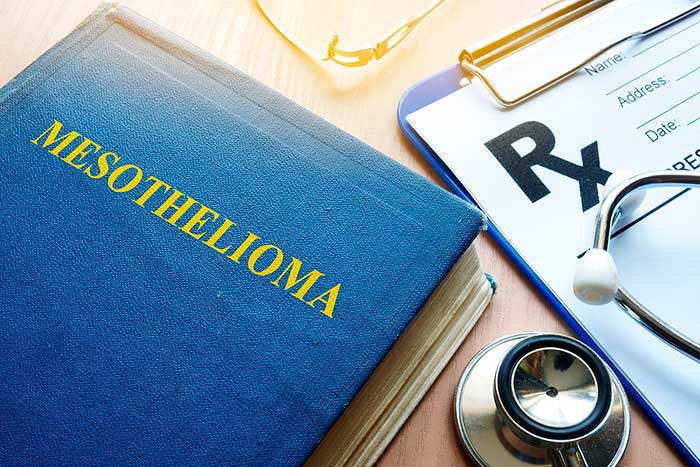 Asbestos is one example of this. Asbestos has been used for decades in commercial products.

It’s a group of naturally occurring minerals made up of soft, heat-resistant fibers. It’s still used in some commercial products in the United States, but only if it makes up less than 1% of the product.

Asbestos exposure can be very toxic. It was long used in things like insulation, cement, and plastic, but when the dust is inhaled, the fibers can get trapped in the body permanently.

Over the decades, those trapped fibers can lead to inflammation, scarring, and potentially genetic damage.

Asbestos exposure is linked to progressive lung disease, some forms of cancer, and an aggressive and rare type of cancer called mesothelioma.

There’s no level of asbestos exposure considered safe, but it tends to lead to the most severe effects in people who are exposed to a lot of it, or they’re exposed over a longer period of time.

There’s not currently any way to reduce asbestos exposure once it’s happened.

Most people with diseases related to asbestos exposure are men 60 and older. Most of their exposure is linked back to their workplaces.

The following are things to know about mesothelioma.

Mesothelioma is considered a deadly, rare form of cancer. There are treatments, but nothing is currently considered a cure.

Mesothelioma is characterized based on what part of the tissue lining is affected. Most frequently, the disease affects the tissue surrounding the lungs, and this is called pleural mesothelioma.

There are less common types, such as peritoneal mesothelioma impacting the tissue around the abdomen, for example.

Any type of cancer typically occurs when there’s a set of mutations or changes that occur in the DNA of the cell. The mutations instruct a cell to multiply out of control, and then those abnormal cells accumulate, leading to the formation of a tumor.

As was touched on, the primary risk factor for developing mesothelioma is exposure to asbestos.

With that being said, the majority of people who are exposed to asbestos in their life don’t develop mesothelioma, meaning other factors play a role as well.

Who’s Most at Risk?

Most cases of mesothelioma are thought to be linked to asbestos exposure at work, which could have been years or even decades ago.

Certain professions cited as having a higher likelihood of being exposed to asbestos include:

As with most types of cancer, the early signs of mesothelioma can look like many other disorders and illnesses, so it’s challenging to diagnose it early.

If you have pleural mesothelioma, signs and symptoms could include:

If you have peritoneal mesothelioma, symptoms could include:

If you have pericardial mesothelioma affecting the heart lining, symptoms might be:

As with other types of cancer, a mesothelioma diagnosis usually starts with a physical exam. During this time, a doctor will discuss how many contacts the patient had with mesothelioma and go over symptoms.

CT scans and chest X-rays are widely used to see what’s happening in the chest and lungs. The images can help show if the fluid is building up in the lungs, and also if cancer has spread to other areas.

If, after a physical exam and imaging, the doctor suspects mesothelioma or another type of lung cancer, they will take a biopsy.

As with other types of cancer, there are stages used for diagnosis. These stages range from I to IV.

Stage I indicates the cancer is limited just to the tissue lining.

Stage II means cancer has gone beyond the chest lining to the lung or diaphragm.

Stage III means cancer may have spread to other organs and tissues that are located in the chest and maybe also to lymph nodes located nearby.

IV is the most advanced form of cancer that’s spread throughout the chest, and perhaps to other areas of the body such as the lymph nodes or brain.

The treatment options for mesothelioma depend on the location and stage of the and the underlying health of the person.

Mesothelioma is considered a fast-growing and difficult to treat cancer.

Chemotherapy and radiation are the most frequently utilized treatment options.

Chemotherapy uses medications to kill cancer cells. Radiation uses an X-ray concentrated on the spot where the cancer is, as a means of slowing its spread and reducing symptoms.

Sometimes mesothelioma, when caught early enough, can be removed by surgery. There are different types of surgeries used.

For example, one is called a pleurectomy and decortication, where the surgeon takes part in the lung covering, chest lining, and outside lung surfaces.

If you worked in a high-risk field or you have concerns about symptoms you may be experiencing, the sooner you speak to a doctor, the better.

There are also opportunities to receive compensation for damages or losses resulting from mesothelioma if you speak with an attorney and you or your loved one was exposed to asbestos in the workplace. A lawyer can help file a claim against the company that was responsible for this exposure.

5 Essential Facts That You Need To Know About Bitcoin!! < Previous
Breakthrough Foundation Awards $3 Million to David Baker for Protein Molecules That Could Fight COVID-19 Next >