Wells Fargo has fired an employee based in India for urinating on a woman aboard an Air India airline on a New York-Delhi flight on November 26. The employee, Shankar Mishra, was also arrested by police in Bengaluru on Saturday after the woman filed a complaint with the authorities. 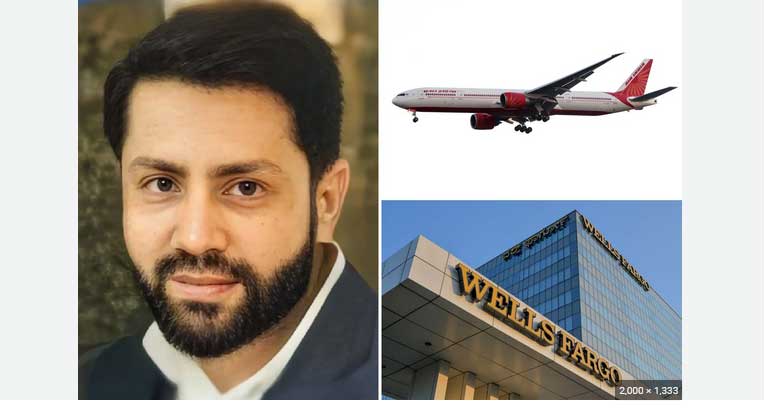 Mishra apologized for his unruly behavior and said he could barely remember what he did since he had consumed excessive liquor aboard the flight. Another passenger on the flight, Sugata Bhattacharjee, confirmed that he saw Mishra downing several glasses of alcohol on the flight and that he became incoherent afterward, asking him about his family severally.

A New York court sentenced Mishra to 14 days in jail pending the outcome of police investigations, and he faces up to three years in prison if found guilty of actually urinating on the woman during the flight. Air India also imposed a 30-day flight ban on the unruly passenger, with assurances that the matter has been reported to the Directorate General of Civil Aviation (DGCA), India’s air safety watchdog, for action.

While there is public furor that the airline banned the erstwhile Wells Fargo staff for only 30 days, activists are also blaming Air India for failing to report the matter immediately to the authorities during the flight and after it landed in New Delhi. The airline said the incident was reported late because it thought the grievance had been resolved between Mishra and the woman before the plane landed.

Air India, which is owned and operated by Tata Sons, said the plane pilot and four crews have been removed from work on account of the incident. CEO and managing director Campbell Wilson confessed that the airline did not handle the matter professionally enough. “Air India acknowledges that it could have handled these matters better, both in the air and on the ground, and is committed to taking action,” he said.

Chairman of Tata Sons and Air India, N. Chandrasekaran, also agreed that the company did not handle the matter well enough.

“The incident on Air India flight AI102 on November 26th, 2022, has been a matter of personal anguish to me and my colleagues at Air India,” Chandrasekaran said. “Air India’s response should have been much swifter. We fell short of addressing this situation the way it should have been,” Chandrasekaran said in a statement. The Tata Group and Air India stand by the safety and well-being of our passengers and crew with full conviction. We will review and repair every process to prevent or address any incidents of such unruly nature.”

Wilson said the airline will review its policy of serving alcohol on flights and its protocols for reporting mid-flight incidents forthwith. “Internal investigations into whether there were lapses by other staff are ongoing on aspects, including the service of alcohol on the flight, incident handling, complaint registration on board, and grievance handling,” he stated.