Japan – A study showed that a wasp larva can take control over a spider’s nervous system to make it elaborate a stronger web for its larvae. Right after the web is done, the larva kills the enslaved spider.

The research was conducted by Kobe University in Japan and published in the Journal of Experimental Biology. The wasp larva is called Reclinervellus nielseni and attacks specifically the Cyclosa argenteoalba spider’s nervous system. 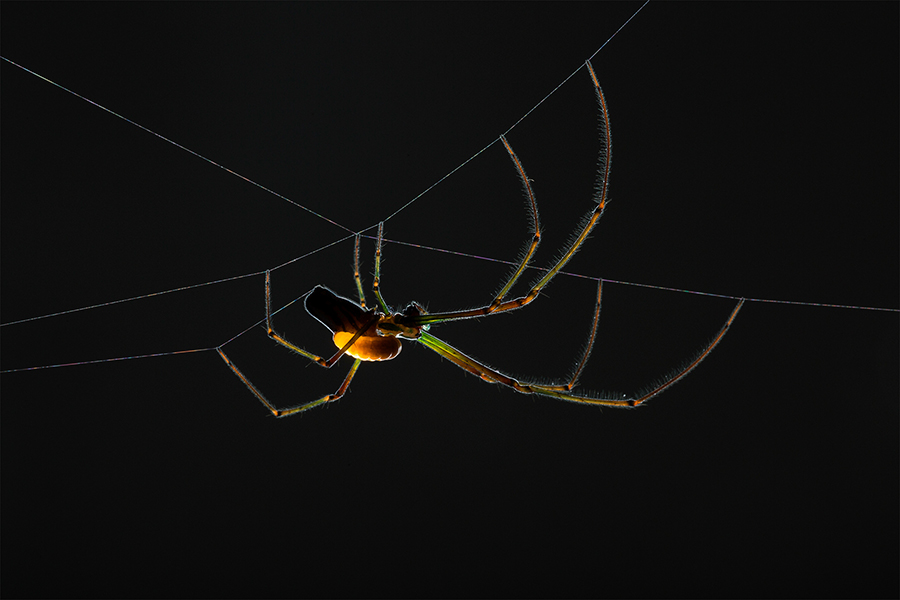 To understand how the process works, Keizo Takasuka from Kobe University observed the arachnid’s web construction behavior. The spider builds two types of web: an orb web, for hunting; and a resting web, usually for when the spider molts.

The enslavement starts when the wasp lays eggs on the spider. The resulting larva proceed to feed itself from the arachnid’s hemolymph or blood. After an average of 10 days, the larva turns the spider into a kind of zombie to make it elaborate a strong cocoon web to protect the baby wasp as it develops.

The cocoon webs were very similar to the resting webs, but tougher. Its periphery is three times stronger and the center 30 times harder. Also, they reflect light to impede flying animals to get caught up in the web.

Takasuka collected the Cyclosa argenteoalba spider in Tamba and Sasayama. He observed that in a 10 hour period, the zombie spider would stop making its orb web to begin the building of a cocoon web.

However, even after the spider is done with the cocoon web it is far from being safe. Once the arthropod is done, the larva manipulates the arachnid and sends it to the center of the web it just built to kill it. Then, the wasp converts the web into a strong cocoon for itself.

The authors of the research described the spider as a “drugged navvy”. They also stated that their discovery suggests that “the cocoon web in this system has roots in the innate resting web” and that the wasp may control the spider through the hormone that makes their molting process possible.

Marijuana is not linked to later health issues on teenagers, study finds < Previous
Apple Store is removed after website redesign Next >