The Most Useless Technology Gimmicks 2018 to Ridicule on a Date

Sometimes, it seems that the era of great inventions has come and gone. Despite the fact that technology is developing, and new gadgets keep entering our daily lives, few of them can be called the real breakthroughs. In most cases, they are created for the sake of being created. Or some unnecessary upgrades are made to the good old devices that have been functioning for years without having the access to the Internet, for instance.

Annually, at the Consumer Electronics Show, tech companies show off their gimmicks. A lot of bizarre inventions can be seen there. Tech magazines keep coming with new and new digests of weird tech trends. Since the latest news and trends in any field make a good topic for small talk, the following list of gizmos compiled by https://datingbrides.com/ will serve you as a source of matters to touch upon in a conversation on a date or any other situation. 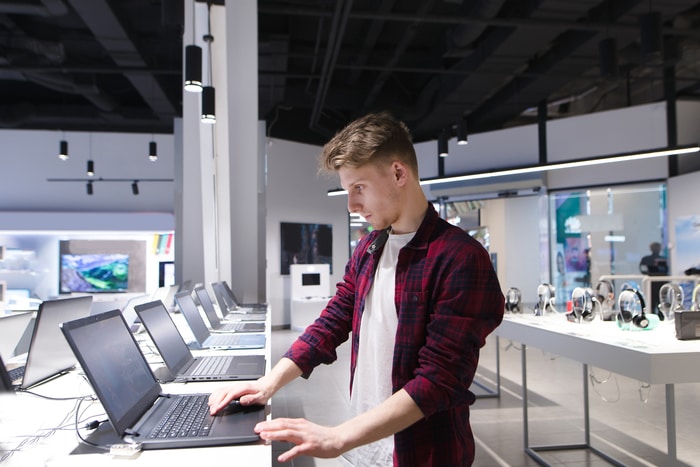 Have you ever thought of a device that would let you talk on the phone and make everything you say unheard for people around you, on public transport for example? This idea had occurred to guys who created a dream device of any spy – a voice mask that muffles your words, so you can say whatever you want, even some top-secret information. However, a guy with a weird device on his mouth seems suspicious in the crowd.

Being a couch potato has never been easier with a new smart sofa that allows you to control your household without getting up. You don’t even have to leave this sofa to charge your phone, because it has a built-in wireless charging. There is a screen in the armrest that allows you to manage all the appliances in your apartment. At the same time, the smart sofa prevents you from becoming a couch potato thanks to the sensors that monitor how many hours you spend lying on it.

Just admit that you envy presidents and celebrities who have bodyguards to hold the umbrella for them. Your wrist and forearm begin to hurt after several minutes, and you always have a heavy bag in the other hand. Here is a possible solution for you – the Free Parasol. It’s a drone that carries an umbrella over your head. So far, the drone is not waterproof, so it can be used only to keep you shaded. The price of almost 1.5 grand is too much, and 20 minutes of battery life is too little.

Another device that might seem very helpful, but on second thoughts, is purely useless. We all want to fold our clothes in the way that they don’t crease very much. Laundroid, with its artificial intelligence, picks your garment, analysis what it is, and folds it in a proper way. The main downside of this magical bot is that it is extremely slow – it takes it 5-10 minutes to fold a tee. $16,000 is way too much for such a slow assistant, but watching how it deals with your clothing can be quite entertaining.

We all have been there: you are on a date and have a bottle of wine, but you don’t have a corkscrew to open it. In most cases, it doesn’t stop you, and improvised means come in handy. However, guys from Coravin came up with a smart idea of pouring wine without removing a cork thus preserving its flavor. You put the device on the bottle, it makes a hole in the cork and pumps argon through it. The wine pours through the hole and the bottle is filled with the gas. As a result, you can drink the rest of the bottle even weeks later. The device is called Model Eleven and has a mobile app through which the amount of gas is tracked and the level of the battery is indicated. It also pairs wine with your favorite food and movies. Yet, $1,000 for this device is way too much. You can pay someone who has a corkscrew much less and enjoy your bottle of wine.