Home » Headlines » Editorials » The Unstoppables: Men’s Top 3, Can Anyone Join Them At The Top?

The Unstoppables: Men’s Top 3, Can Anyone Join Them At The Top?

The men’s singles in the tennis Grand Slams for the last 15 years have been dominated by three huge names: Rafael Nadal, Novak Djokovic and Roger Federer. Since 2004 the three have won between them, 53 out of 63 men’s singles Grand Slam titles and one of them looks set to win the 54th this September at the US Open. The US open 2019 men’s competition is one of the most anticipated finals at a Grand Slam, and we have seen many incredible finals throughout the years. Roger Federer is leading with a total of 20 Grand Slam titles, then Rafael Nadal a close second with 18 and Novak Djokovic with 16. Each of these tennis players has incredible records and legacies that they keep building on year on year, but who could possibly challenge them? There have been a few men who have taken titles away from the unstoppable three, including UK tennis legend, Andy Murray, but who else can join them at the top? 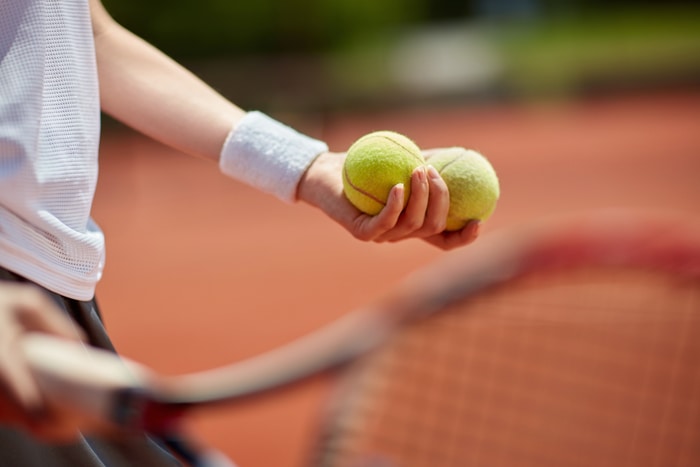 With 20 Grand Slam titles, Federer is certainly the one to beat. His first win was back in 2003 at Wimbledon, and the Swiss ace has been an intimidating presence out on the courts ever since. He won the Grand Slam title at Wimbledon for five years in a row between 2003 and 2007 and has held three of the four Grand Slam titles in one year, three times. An incredible achievement that not many of the greats can claim to have done. Federer has only won three titles since his Wimbledon victory in 2012, but has still been a top contender and reached the finals numerous times. Federer actually holds the top two records for the most consecutive finals with 10 and 8 in a row, he even reached the final this year at Wimbledon.

Nadal currently sits with 18 Grand Slam titles in his back pocket, and despite numerous injuries, is not showing signs of slowing down any time soon with four Grand Slams won in the last two years, most recently tasting success in in this year’s French Open. In fact, the ‘King of Clay’ has won 12 of his titles at Roland-Garros. Although only six of his titles have been won away from France, he is still one of the big names to beat in the other three Grand Slams as he has reached the finals 26 times since 2005.

Djokovic is one of the top 3 men’s singles Grand Slam tennis players of the Open Era with 16 titles so far. Djokovic however, is nowhere near reaching his peak in tennis. He won his first Grand Slam title in 2008 but then didn’t see another until 2011, since then he has had an impressive record, even claiming the Australian title three years in a row. With Djokovic already winning the Australian Open and Wimbledon this year, can he make it a third in a year for the first time, or will someone else claim the title?

Since the unstoppable three have taken ownerships over the Grand Slam tournaments we have seen a few peeping through to claim the odd title including the UK’s Andy Murray in 2012, 2013 and 2016 with a total of three. Stan Wawrinka also claimed himself three titles throughout 2014-16. Marin Čilić (US Open), Juan Martín del Potro (also US Open), Marat Safin (Australian Open) and Gastón Gaudio (French Open) have all seen success as well with one title since the trio took centre stage. With many youngsters coming through the ranks, can anybody join these three at the top? They’re certainly not slowing down any time soon that’s for sure!

Five Ways To Use Instagram Stories For Business < Previous
What Type of Hosting Is Right For Your Website? Next >