Victorina Morales is a 47-year-old Guatemalan housekeeper who worked at Trump Organization golf properties since 2013 but now faces deportation after it was found that she is not a legal resident, The New York Times reports. The domestic help who disclosed she sometimes cleaned President Trump’s private quarters at the luxury golf resort where she worked in Bedminster, New Jersey, said she spoke up about her immigration status after years of insult from the president and her supervisors. 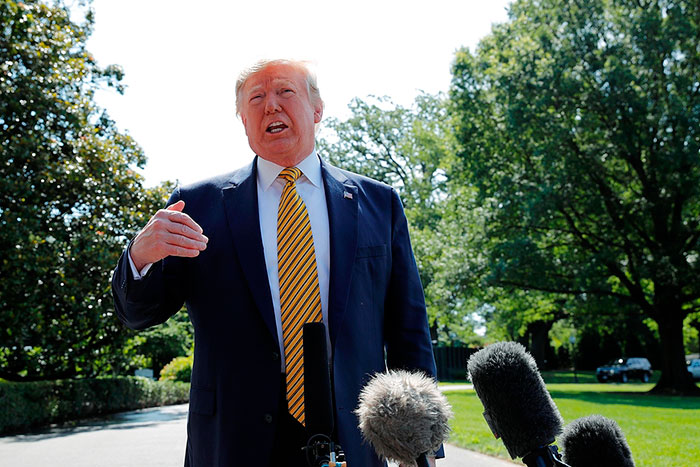 The fact that Morales was an undocumented worker was first reported in late 2018, and several workers without papers who work at Trump Organization properties thereafter stepped up to declare their immigration status. Morales said many of her superiors and supervisors were aware that she’s working at the resort with fake identification papers, and this prompted the Trump Organization to begin investigating the immigration statuses of their workers.

Morales said she was forced to speak up about her immigration status because she could no longer take the insults her supervisors made about her level of intelligence and her background. She disclosed that her superiors were abusive and that even President Trump often made disparaging public remarks which portrayed all Latin American immigrants as criminals.

“We are tired of the abuse, the insults, the way he talks about us when he knows that we are here helping him make money,” Morales said in December 2018.

Although Trump Organization executives have defended themselves by saying they could not accurately determine if an employee is an illegal immigrant, the president himself said back then during his campaigns that he did not employ any undocumented workers since he used E-Verify to check their work permits and immigration statuses. Morales however started to work for Trump before he became president, and she said he was nice to her and often gave her generous tips on the few occasions they met at the resort.

The US Citizenship and Immigration Services has now served Morales a letter informing her that she faces deportation because she has been placed in removal proceedings. According to the agency, the woman and her husband can only remain legally in the United States if a federal judge grants her application for asylum.

This is because Morales and her husband crossed the border illegally in 1999 into the United States after she witnessed her father being killed in her home country. The couple filed for asylum in 2018 and their status is still pending. Although she has a work permit in Manhattan, she and her husband face deportation if a judge declines her asylum petition since it was jointly filed with her husband.

However, given the tons of backlog in immigration cases before judges, it is certain that Morales might remain many more years in the US until her case is reviewed.