The United Nations Secretary-General, António Guterres, has postponed a trip aimed at getting Russia to resume the Black Sea grain deal with Ukraine. With Russia’s claim that its Black Sea Fleet was attacked by drones commandeered by Ukraine with the support of the UK, the Kremlin announced that it is suspending its participation in the July 22 UN-Turkey brokered a deal that allowed grains from Ukraine to be exported to countries around the world. 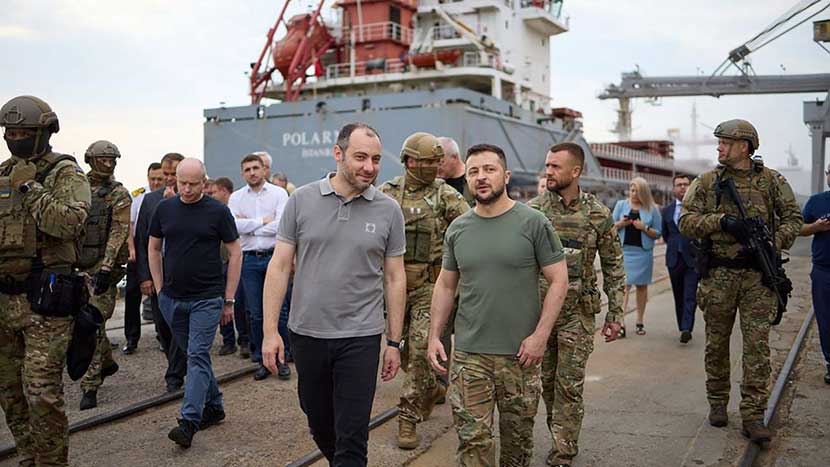 “The Russian side cannot guarantee the safety of civilian dry cargo ships participating in the ‘Black Sea Initiative’, and suspends its implementation from today for an indefinite period,” Russia stated during the weekend.

The foreign ministry in Moscow stated that the drone attacks targeted ships moving grain from the Black Sea ports and that the attack “was directed against Russian ships that ensured the functioning of the said humanitarian corridor.” Russia said a flagship frigate was hit, a minesweeper sustained damage, and 16 aerial and maritime drones were either repelled or destroyed.

Guterres planned to attend the Arab League Summit in Algiers, Algeria, to get Russia to suspend its withdrawal from the Black Sea Initiative, but he delayed for one day to put the matters on the ground in proper perspectives before proceeding, UN spokeswoman Stephane Dujarric said.

Ukraine is one of the major grain producers and exporters in the world, and the Russian invasion had led to skyrocketing prices of grains in international markets, a situation that can lead to food shortages and famine across the world. With Ukraine revealing that 218 ships were unable to load grains during the weekend following Russia’s withdrawal from the grain deal, he said food scarcity is about to be triggered in many places around the globe.

“Why is it that some handful of individuals somewhere in the Kremlin can decide whether there will be food on the tables of people in Egypt or in Bangladesh?” Ukrainian President Volodymyr Zelensky queried.

NATO spokesperson Oana Lungescu stated that “We call on Russia to reconsider its decision and renew the deal urgently, enabling food to reach those who need it most,” while the EU foreign policy chief Josep Borrell declared that “Russia’s decision to suspend participation in the Black Sea deal puts at risk the main export route of much-needed grain and fertilizers to address the global food crisis caused by its war against Ukraine.”

President Zelensky urged the UN and G20 to wade into the matter, saying blocking grain passage will lead to significant famine affecting 47 million people in Africa and Asia. About 5 million metric tons of grains such as corn, wheat, barley, rapeseed, soy, and sunflower products were exported from Ukraine monthly before the Russian invasion, but a little over 9 million metric tons were exported since the July 22 brokered a deal to allow passage of ships.