Ukrainian authorities report launching a drone attack on Russia’s fleet headquarters in the Black Sea in Sevastopol on Saturday morning. A Twitter video footage reveals Russian air defenses trying to shoot down a drone, as well as black smoke rising into the air from the fleet headquarters. 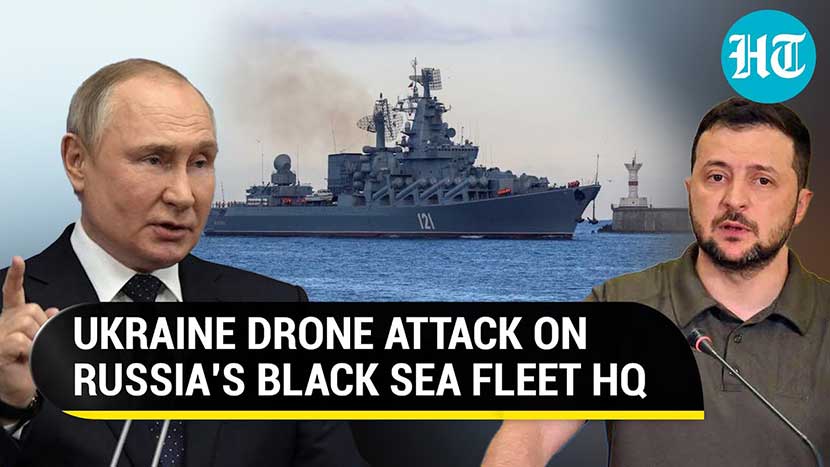 Mikhail Razvozhayev, Sevastopol’s governor installed by Russia, confirmed that a UAW hit the roof of the fleet headquarters and that there were no casualties. He later amended his Twitter post to announce that a drone had been shot down and on fire. Military experts noted that the fact that Ukraine was able to hit the Russian fleet headquarters indicated the Ukrainian ability to strike Russian targets.

“I am at the [Black Sea] fleet’s headquarters now,” Razvozhayev stated. “A drone hit the roof here 25 minutes ago. Unfortunately, it was not downed. There are no casualties.”

On Friday, a Russian missile hit a residential town in Ukraine and authorities said 12 people were seriously wounded. The government said several private houses were damaged in the attack and that four children sustained serious injuries, while one other girl lost one eye in the attack.

The defense ministry in Ukraine said a total of 44,900 Russian soldiers have been killed, and nine Russian warplanes destroyed since the war began six months ago. The United States government promised to deliver about $750 million in aid package comprising ScanEagle surveillance drones, mine-resistant vehicles, anti-armor ammunition, and howitzer weapons among others.

US Secretary of State Anthony Blinken said, “These capabilities are carefully calibrated to make the most difference on the battlefield and strengthen Ukraine’s position at the negotiating table.”

The defense ministry in the UK said “Russian forces are, for now, probably only prepared to undertake limited local assaults, rarely involving more than a company of troops. However, over the coming months, the initiative will go to whichever side manages to generate a credible, committed force for offensive operations.”