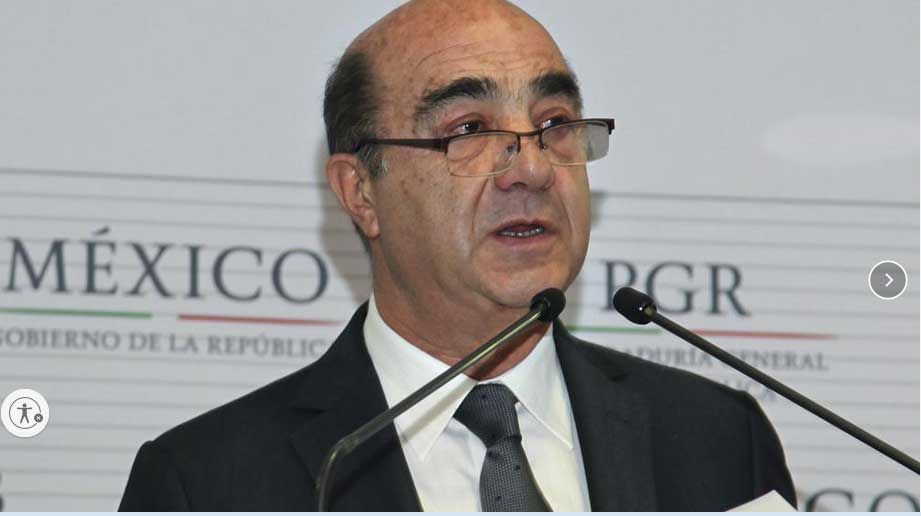 Karam, who served as Mexico’s attorney general from 2012 to 2015 under former President Enrique Pena Nieto, was accused of spearheading the cover-up of the student’s disappearance. According to the Truth Commission, a soldier penetrated the students’ group, which usually commandeered public transport for their social campaign purposes.

The commission said the 43 students were abducted from a bus near an army barrack and that senior army officials knew the kidnapping would occur without doing anything to prevent it. The army was also accused of failing to search for the soldier who infiltrated the group, a development that is against military protocols.

Back in 2014, Karam told news agencies that the 43 students were killed by a drug gang and their bodies burned at a garbage dump. The students who were students of a radical teachers’ college in Iguala, Guerrero State, have not been found eight years after their disappearance even though bone discoveries matched those of three students from the group.

Federal investigations showed that police, army, and gang members accused of the disappearance of the students have not been charged, and they still walk the streets as free men. The warrants issued for their arrest indicated that they were guilty of torture, murder, official misconduct, criminal association, and forced disappearances.

Under Mexican law, soldiers are usually charged for offenses at military courts; but under the country’s reformed law, soldiers can now be tried at civilian courts if their offenses involved civilians. With this issued arrest, soldiers and police, and top government officials can now face charges for crimes against the state.

Federal prosecutors also issued an arrest warrant against the former head of the federal investigation agency, Tomas Zeron. Having fled to Israel, Mexico has asked the Israeli government to help arrest and repatriate Zeron to face charges at home. He is also being tracked for his role in the disappearance of the teachers’ college students and is equally accused of stealing more than $44 million from the office of the attorney general.

The Truth Commission has disclosed that no bodies were burned and dumped at the Cocula river, and there is no evidence that any of the students are still alive.