Former President Donald Trump swore to an affidavit that he could not find the documents requested by New York attorney general Letitia James by subpoena. Trump was compelled to submit the sworn affidavit after New York State Judge Arthur Engoron held him in contempt of court and subjected him to a $10,000 per day fine, CNBC reports. 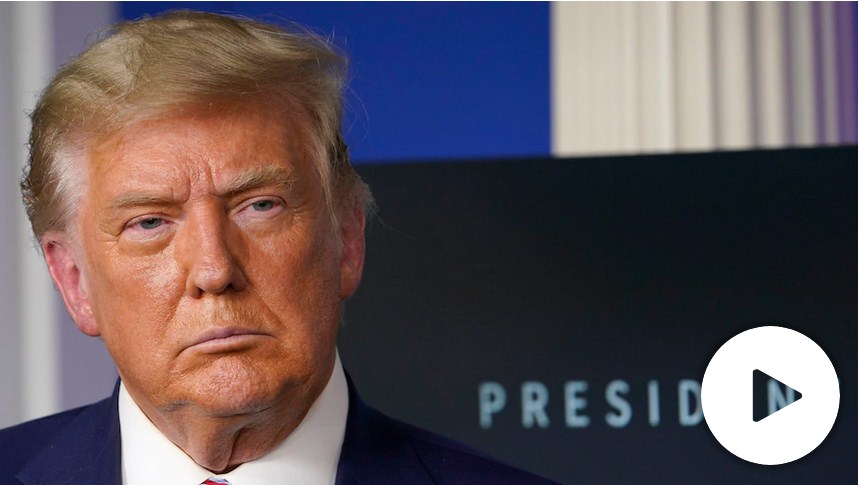 Trump’s affidavit was calculated to end the civil contempt of court against him and to purge the $10,000 daily fine, but Engoron said his deposition of not finding the documents requested by subpoena was not enough to shake the civil contempt.

In the subpoena issued by Letitia James, the New York attorney general wants the Trump Organization to provide documents regarding its finances. James wants to have the storage location of such finance documents, their components, as well as a thorough review of the records. But Trump in his April 27 affidavit swore that “To the best of my knowledge, I do not have any of the documents requested in the subpoena dated December 1, 2021 in my personal possession.”

Judge Engoron stated that Trump’s affidavit lacked substantial details and would not serve any purpose. He said the sworn affidavit was not satisfactory to him and would not be sufficient to remove the contempt leveled against him. The judge said Trump must comply with James’ subpoena or prove extensively that he searched for the requested documents.

“Mr. Trump’s personal affidavit is completely devoid of any useful detail. Notably, it fails to state where he kept his files, how his files were stored in the regular course of business, who had access to such files, what, if any, the retention policy was for such files, and, importantly, where he believes such files are currently located,” he wrote.

James averred in a letter that “Mr. Trump merely states off the top of his head” that he could not find the requested financial documents, and did not provide a concrete hint that he tried to locate them at all. The attorney general said her office might conclude that the former president and his business empire did not store any financial records if it ultimately becomes apparent that they could not come up with any requested documents.

James said it is not believable that Trump could only have published three documents detailing his vast assets and wealth. She said HaystackID, the third-party firm contracted to produce documents for the Trump Organization, must provide more documents before the New York Attorney General’s Office would be appeased.

James wants files from the mobile phones of the former president and his executive assistants, from all personal and company computers, paper files, as well as from personal residences and business properties used by Trump. The attorney for Trump, Alina Habba, said her team has searched Trump’s homes in Bedminster, New Jersey, and Mar-a-Lago in Florida without for the documents without any success.