Following the dinner meeting that Kanye West had with former President Donald Trump at his Mar-a-Lago home in Florida, the rapper said Trump voiced his disagreement with his 2024 presidential bid. Kanye, who prefers to be called Ye, reportedly told the former president that he wants to contest for the presidency and that Trump should be his vice-presidential running mate. 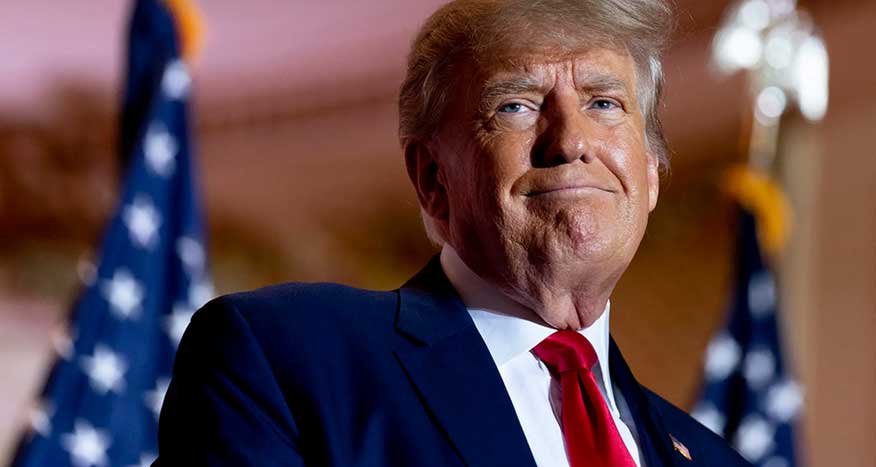 Trump himself has publicized the fact that he will be contesting the 2024 presidential election against President Joe Biden. He would naturally consider it an insult for Kanye to tell him to be his vice president during the campaigns. Kanye said the former president shouted at him and told him point-blank that he will lose if he tried.

“Trump started basically screaming at me at the table, telling me I was gonna lose,” Kanye said in a video confirming his meeting with Trump. “I mean, has that ever worked for anyone in history? I’m like, hold on hold on, you’re talking about Ye.”

Given that Trump came under heavy fire for having dinner with Kanye and Nick Fuentes, who is known for denying the Holocaust, the former president said Kanye is a seriously troubled man and that he didn’t know Fuentes would be tagging along for the dinner meeting.

“So I help a seriously troubled man, who just happens to be black Ye (Kanye West), who had been decimated in his business and virtually everything else, and who had always been good to me, by allowing his request for a meeting at Mar-a-Lago, alone, so that I can give him very much needed ‘advice,’” Trump said. “I told him don’t run for office, a total waste of time, can’t win.”

Both Kanye and Fuentes are white nationalists and very unpopular for their antisemitic dispositions. Trump said he agreed to grant Kanye’s request for a dinner meeting, but he didn’t know he would be bringing three other people with him, one of them being Fuentes. Trump said he didn’t know two of the three people the rapper brought until after the meeting and when the social media condemnation began to gain traction.

Kanye, however, stated on social media that Trump was “really impressed with Nick Fuentes” even though the former president had denied knowing him initially. Trump’s former ambassadors to Israel, David Friedman, and Chris Christie condemned the 76-year-old 2024 presidential hopeful for forever meeting with Kanye and Fuentes.

President Biden also voiced his reservation about the meeting, and Deputy White House Press Secretary Andrew Bates condemned the dinner conference. “Bigotry, hate, and antisemitism have absolutely no place in America — including at Mar-a-Lago,” he said. “Holocaust denial is repugnant and dangerous, and it must be forcefully condemned.”

Elon Musk Boasts of His Preference for Ron DeSantis in the 2024 Presidency < Previous
Uinta Academy: The Importance of Relationships During Recovery Next >
Social Connection
Latest News