Todd Helton is well known for being one of the top hitters in Major League Baseball over the course of his decorated 17-year career. In that time, he was a multiple All-Star, led his team to many successful seasons, and put up some very impressive career statistics. After a long career, which ended following the 2013 season, many expect that he will eventually be enshrined in the Major League Baseball Hall of Fame. There are several reasons why he could be heading to Cooperstown in the coming years. 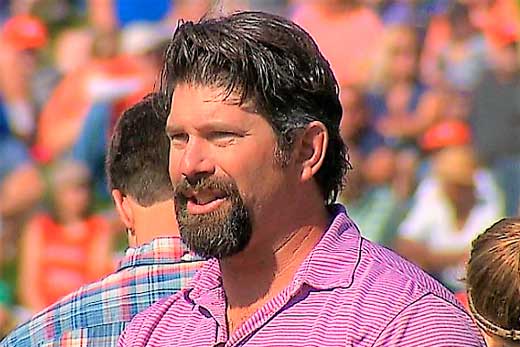 One of the reasons that Todd Helton is likely to be a Hall of Famer in the future is that he has won a number of impressive awards throughout his career. His popularity with fans and award voters after his first full year in the league, which saw him hit 25 home runs and nearly 100 RBIs and finished second in Rookie of the Year voting. By his fourth year, he started a five-year streak in which he was named to the National League All-Star Team five times, won four Silver Slugger awards as the top offensive first baseman in the league, and three Gold Glove awards that are given to the top defensive player at each position each year.

In the era of free agency, it is not common for a player to stick around with the same team for their entire career. However, due to his dedication to the team, Todd Helton opted to spend his entire 17-year career with the Colorado Rockies. Over that time, he amassed some very impressive statistics including over 2,500 hits, seven seasons as a top-10 hitter, and is considered one of the top defensive players at the position.

For players that are hoping to make the Hall of Fame one day, seeing a progression in their votes from committee members is very important. The voters for the honor are from the Baseball Writer’s Association of America and you need to earn 75% of eligible voters to get in. In the January 2021 vote, Todd Helton saw a significant increase in vote percentage as he earned support from 45% of the eligible voters. This is up considerably from the prior year when he had just under 30%. This is a positive progression that indicates voters also are increasingly aware of the impact he had on the game.

There is no doubt that Todd Helton was one of the most feared hitters over the course of his career. The statistics that he put up and the impact he had on the game should indicate that he will one day be in the Hall of Fame. Fans continue to be excited to see his voting numbers increase each year.