Home » Headlines » Health » Tinder may be affecting your self-esteem

Tinder may be affecting your self-esteem

A new study, presented at the annual convention of the American Psychological Association, has proven that most men that use the dating app Tinder suffer from low self-esteem.

According to Professor Jessica Strübel of the University of North Texas, Tinder users feel less satisfied with their appearances and have lower self-esteem compared to non-Tinder users.

The popular dating app makes users judge one another based solely on physical appearance. If the user finds someone attractive, he or she has to swipe right. If they do not, they swipe left.

When two users “like” each other, they are matched and can begin to chat. However, psychologists have argues that the users will always think that someone “better” (more attractive) could be behind the next “swipe.”

The researchers studied more than 1,300 undergraduates, 1,044 women, and 273 men. The subjects had to fill a questionnaire about how they felt regarding their perceived objectification and body image. The survey had questions like “how satisfied are you with your thighs?” In the end, the undergrads had to answer if they used Tinder or not.

Compared to those who did not use the app, Tinder users, whether they were men or female, scored lower levels of self-worth, and saw themselves as sexual objects and incapable of reaching society’s idea of beauty.

However, the most astonishing discovery is that men (and not women, as it is usually perceived) had worse self-esteem. This difference may be explained by the fact that way more men use Tinder than women, so the “competition” is stronger.

Also, previous studies have shown that women have higher standards when swiping than men. Since men “swipe” more liberally and often, they face more rejection.

Nonetheless, Tinder has defended itself.  Dr. Jess Carbino, the app’s in-house sociologist, agreed to speak with MailOnline. She stated that the study is not representative and is a “result of significant methodological flaws.” According to Carbino, the sampled utilized was too small to lead to conclusive results.

According to Carbino, the tested utilized was too small to result in conclusive results. Also, the big ratio difference between the women and the men studied (one thousand against two hundred) can lead to skewed results.

“Moreover, any serious social scientist would strongly question and doubt the validity of their results” finished Carbino.

The phenomenon of social media

Many experts have argued that social media can be very dangerous to people sense of self-worth. Unlike TV, magazines, and ads, social media have an availability of 24/7 and are easily found with one click. This, coupled up with the real-time judgments and scrutiny in the hands of strangers can have serious repercussions to the user self-esteem.

This is especially true in the case of Instagram. Over time, the app has become a carefully curated exhibition of young people lives, and few users would dare to post a less-than-perfect picture.

Essena O’Neill, an Australian teenager, aged 18, was one of these people.The teenager had 612,000 followers on Instagram and used to make a living out of advertising. On a good day, she could make $2000 AUD on a single post.

However, in November last year, O’Neil decided to leave the platform, deleting over two thousand pictures and leaving only ninety.She edited the captions to reveal how she was feeling regarding her “internet celebrity.”

She edited the captions to reveal how she was feeling regarding her “internet celebrity.”

“Please like this photo, I put on makeup, curled my hair, tight dress, big uncomfortable jewelry… Took over 50 shots until I got one I thought you might like; then I edited this one selfie for ages on several apps – just so I could feel some social approval from you,” reads one of the edited captions.

O’Neil stated she felt consumed by social media to the point she was no longer enjoying real life. 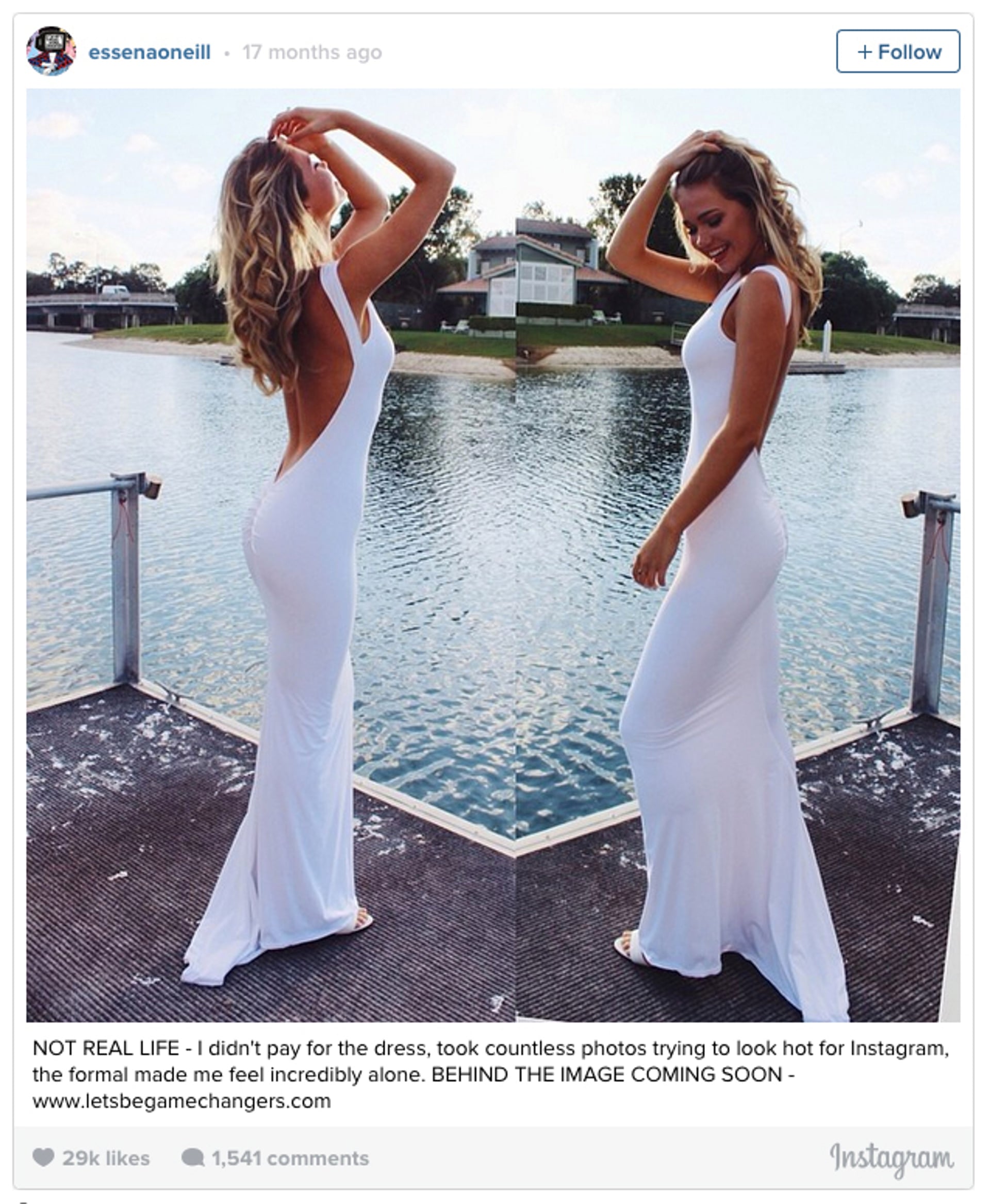 Children are the most affected

Over time, younger children are being allowed a smartphone. The charity ChildLine has stated this is causing an epidemic of low self-esteem and loneliness.

Social media is the perfect petri dish for bullying, and according to the charity, this has generated deep rooted issues that did not exist thirty years ago.

Childline has stated that when its operations began, on 1986, children used to call for family problems, pregnancy and physical and sexual abuse.

Now, most of the call consist of feelings of unhappiness, depression, cyber bullying and self-harm. Many have reported feeling the need of “have the perfect body.”

The National Society for the Prevention of Cruelty to Children chief executive Peter Wanless has denounced children feel the pressure of having a “perfect online life.” Social media is reportedly affecting more underaged women than men.

Small tornado hits New Orleans, Louisiana < Previous
Why do sunflowers follow the sun and reorient at night? Next >