The Grand National is just over a month away and already punters are starting to feel the excitement for one of the biggest horse racing events in the calendar. It is believed that half of the adults in the United Kingdom have a punt on the £1million race, and this year Tiger Roll, who is a red-hot favorite in the horse betting odds, will be heavily backed. 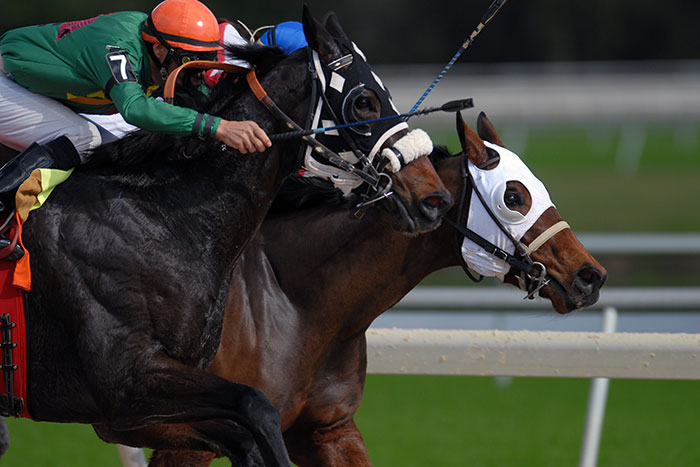 The 10-year-old is aiming to become the first horse to win the National three times on the trot and the first to win it three times overall since the legendary Red Rum’s successes in 1973, ’74 and ’77. Although, last month his owner claimed that he wasn’t ‘certain’ to line-up for the race.

The revelation followed Tiger Roll being given the top weight of 11st 10lb, which disappointed Michael O’Leary.

“I’m obviously very disappointed that they have only compressed him by a single pound,” O’Leary told Racing Post.

“We’re not going to jump up and down about it as we have said all we wanted to say already, but we will have to have a serious think about whether he will run.

“I mean that. He really is not certain to line up. Delta Work is our Gold Cup horse and the handicapper thinks Tiger Roll is as good as him that makes no sense to me at all.”

However, the headlines in horse racing news today are all focused upon the two-time National winner still being the stand-out name amongst the pack, as the entries have been whittled down from 105 to 89.

Last year’s 66/1 runner-up Magic of Light, who is much shorter this year at 16/1, is also still in contention to give the Grand National another crack after finishing just two-and-three-quarter lengths behind Tiger Roll. The nine-year-old’s form has been a mixed bag since last year’s race-winning twice and finishing well off the pace in as many races.

The Jessica Harrington-trained horse finished second-last in the Lismullen Hurdle at Navan in Ireland last November, 25 lengths behind winner Bacardys, before winning the Thoroughbred Breeders Association Mares’ Chase by a whopping 99 lengths over Drinks Interval. Another win followed in the Mares’ Hurdle at Ascot earlier this year, as Magic Of Light beat Sensulano by nearly five lengths. However, the nine-year-old’s winning streak came to end back at Navan in the Boyne Hurdle – a race which saw Tiger Roll return to the track for the first time since last year’s National – last month, as she finished 32 lengths behind pace-setter Cracking Smart.

“She has a nice weight for Aintree and we are looking forward to taking her back there,” Mrs. Harrington said in relation to skipping the Cheltenham Festival and heading straight for the Grand National.

Tiger Roll’s stablemate Delta Work, who was also given the top weight, has been pulled from the race as he focuses on the Gold Cup and the possibility of quashing Al Boum Photo’s hopes of making it back-to-back wins for Willie Mullins.

With the next scratching set to take place on March 17th, it’ll be interesting to see if Tiger Roll still stars amongst the entries or if he’ll be pulled from the race.