By virtue of its vast oil reservoirs and its commitment to efficient production, the Kingdom of Saudi Arabia has been a global energy leader for more than a century. Maintaining this status as a market leader into the future is going to be challenging, but certain moves that the country has been making in recent years offer a glimpse of how Saudi Arabia is looking to become a player in the renewable energy sector. 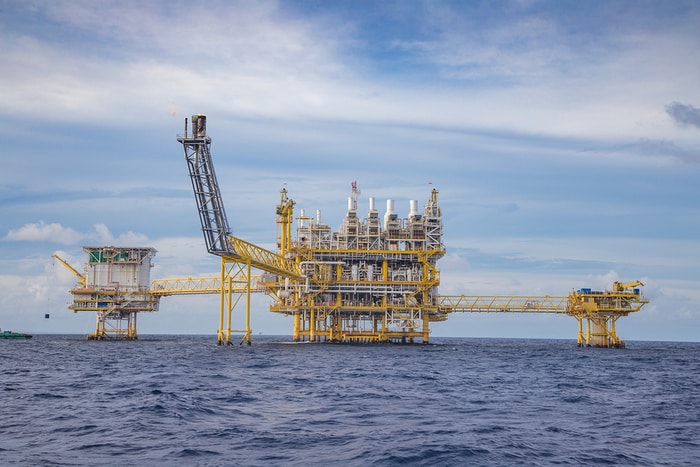 Just before the COVID-19 pandemic forced entire nations to adopt quarantine measures that resulted in a sharp reduction of industrial output, the Organization of Petroleum Exporting Countries experienced a difference of opinions between two of its leading members. In March 2020, the Kingdom of Saudi Arabia, acting as the de facto leader of OPEC, proposed a reduction of crude oil production as part of an effort to increase prices. This strategic proposal, which had been previously implemented with mixed results, did not appeal to Russia.

What ended up happening in the wake of the OPEC meeting was the opposite of the proposal. Absent Russia’s cooperation with this strategy to create demand by manipulating supply, the Kingdom chose to sharply increase oil production, thus prompting commodities traders to write dismal futures contracts, which in turn caused oil prices to stagger in a way that had not been experienced since the Persian Gulf War in the early 1990s. To make matters worse, the World Health Organization declared the novel coronavirus to be a pandemic emergency, thereby driving oil prices even lower in the midst of a new global financial crisis.

As the world tried to deal with the COVID-19 pandemic in late March, Saudi Arabia was producing far more petroleum than Russia, and this happened at a time when commercial air travel and ground transportation were barely operational. The combination of all these factors added up to an oversupply of crude oil. The immediate Keynesian scenario played out as expected: At the Chicago Mercantile Exchange, oil futures for a barrel of Brent crude were priced at less than $27 on March 22. Even though the Kingdom has the ability to produce millions of barrels at relatively low cost, there is still a clear need for oil prices to trade at higher levels. Years ago, OPEC’s goal was to get as close to $100 per barrel as possible; these days, $50 per barrel would do because we are living in extraordinary and highly uncertain times.

It would be easy to characterize Saudi Arabia’s strategic decision to directly compete against Russia in terms of oil production as having backfired because prices have tanked, but this is not really the case. The global oil market has gone through a drastic correction, and the Kingdom is now on track to overtake Russian oil production levels; this will in turn allow its national energy company, Aramco, to start challenging the current market dominance of the United States, a country that has become energy independent thanks to its massive shale gas production.

There is no doubt that Aramco will pursue major renewable energy projects, but the company will likely keep its ambitions in check unless there is an emergency to immediately shift away from fossil fuels to green energy. Projections made by this oil giant estimate that it can continue to produce crude at costs lower than $10 per barrel over the next 10 years, so there is no financial rush to go green. The company knows that carbon emissions must be reduced as per the environmental conservation blueprints of the United Nations, and this has been acknowledged with investments into technology companies that pursue this goal.

Before getting into specific efforts by Aramco to tap into the renewable energy sector, let’s review a few investments the company has made with regard to petroleum:

* Bidding for a 25% stake in the operations of India’s largest oil refinery. In 2019, energy attorney Amir Handjani wrote about this deal for Foreign Policy magazine, and he pointed out that Reliance Oil, the operator of the refinery, is already one of Aramco’s largest crude oil clients.

* One of the largest refineries in the United States has been under the financial control of Aramco for a few years.

* In China, Aramco has invested $10 billion towards the development of a major petrochemical refinery.

As can be seen from the investments above, they are highly strategic. Aramco is clearly interested in acquiring stakes in refinery operations, and this is similar to the manner it has approached green energy.

In 2019, the Kingdom announced an ambitious plan to install solar panels across deserts to power desalination plants; alas, this plan was ultimately shelved and replaced by the establishment of an Aramco venture capital fund dedicated to renewable energy investments. Aramco is ready to start purchasing stakes in technology companies that operate in the green energy sector, and it will also provide comfortable loans to entrepreneurs involved in renewable energy projects in the Middle East.

We should not expect Aramco to suddenly shift away from crude oil and into clean energy; however, we already know that investors related to the company have been researching the potential of manufacturing fuel cells and advanced batteries in the Kingdom. Even the American automaker Tesla was once considered a prospective investment by a group of Saudi energy players.

It does not seem as if Aramco is going to jump headlong into green energy production; instead, the company will likely move at the pace of the Vision 2030 initiative spearheaded by Crown Prince Mohammed bin Salman. The Kingdom can sustain Aramco’s profitable business model of oil production for another 10 years, but the company will more than likely continue to invest in green energy projects around the world in the meantime. The last thing Aramco wants to take on would be a quixotic project such as the Nicaragua Canal, which Chinese investors announced in 2014 and was supposed to be finished last year; that project has barely moved beyond the blueprint stage.

In the end, the Kingdom’s green energy plans will probably continue to develop at a measured pace, and they will be more along the lines of strategic and diverse investments and not mega projects. Before we realize it, Aramco will gradually become a clean energy giant because that is where the money will be in the future.

Tiger Roll Named Amongst The 89 Remaining Grand National Entries Despite Fears He Won’t Run < Previous
How to Start a Car Dealership: Marketing Ideas and More! Next >