Home » Headlines » Science » This Year’s Monarch Butterfly Population Rose from 2,000 to 50,000 in California

This Year’s Monarch Butterfly Population Rose from 2,000 to 50,000 in California

Wildlife experts in California and elsewhere in the western US are relieved to see the population of monarch butterflies rebounding to health. Natural biologists said the population of the butterflies declined by almost 99% in recent years, and it was phenomenally low at 2,000 last winter. But a recent count at Ventura County along the California coast shows that the numbers have increased to roughly 50,000. 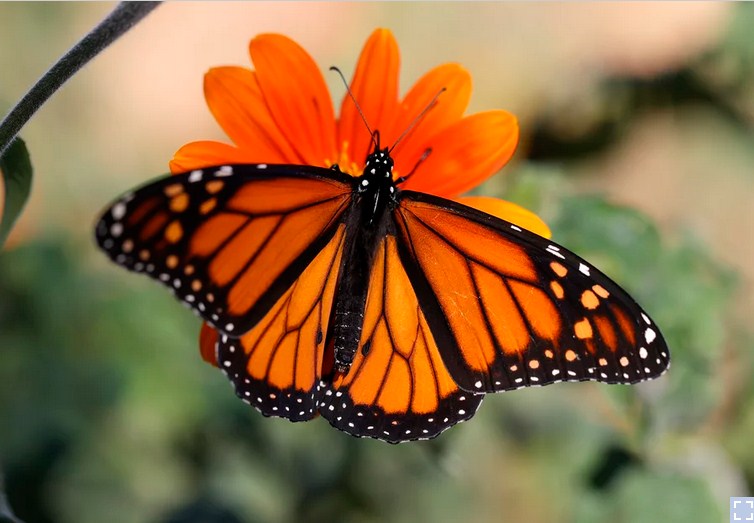 In the early 1980s and 1990s, experts said millions of monarch butterflies migrated to California to escape the harsh winter weather, but the numbers dropped significantly to less than 30,000 in the last few years and even 2,000 in 2020. But with the current count of about 50,000 monarchs, experts are glad that the butterflies are coming back.

The Xerces Society for Invertebrate Conservation said the wanton use of pesticides and herbicides is to blame for the loss of the butterflies. They said the butterflies are losing their habitats and that climate change is part of the problems confronting the butterflies. But with some volunteers claiming that they have counted more than 100,000 monarchs this season, conservationists said they are hopeful that the butterflies can be saved.

The biologists said they do not know how or why the butterflies managed to bounce back, but they encouraged people to plant more milkweed so that the insects can lay their eggs on them and also have enough food to survive.

“We’re really excited about the numbers that are already coming in,” Cat Darst, a wildlife biologist and assistant field supervisor for the US Fish and Wildlife Service in Ventura. “But it’s important to remember that we had almost 200,000 overwintering butterflies as recently as 2017. We have a chance to really save them.”

Darst said the monarch butterflies are surely recovering, and that they are returning to their clusters in the trees where they wait out the winter. When the temperatures get warmer, the butterflies get more active, and they head out to other parts of the country along their annual routes, only to migrate back the following year to repeat the process.

“It’s really hard to count them when they’re moving,” said Connie Day, a volunteer who works with the Xerces Society. “You know, when you first see them, they look like the trees are dripping. And when they begin to flutter, we have people come and see them for the first time, and they gasp. I mean, I gasp, and I’ve been doing it for a long time.”