Being fat has been associated with ill health since time immemorial, and so for as long as people can remember, there have been seemingly quick and easy ways to help individuals lose weight. As the Western medical tradition rose to prominence in the late 19th century, diet pills and weight loss drugs came onto the scene — though not very few solutions have provided patients with the desired effect. 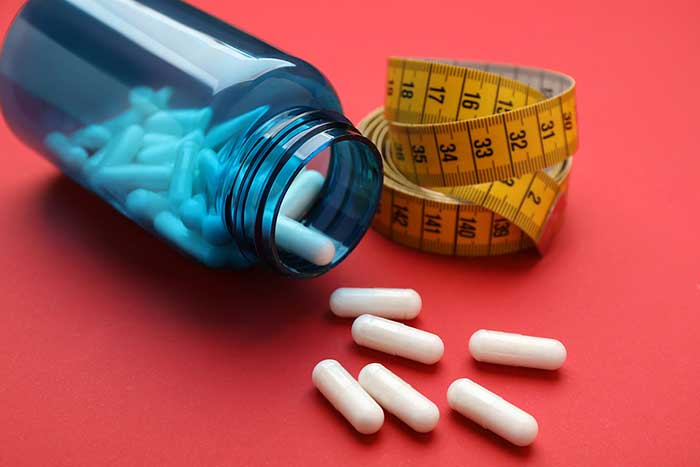 Understanding the history of weight loss drugs might provide more insight into the landscape of medical solutions available to those interested in shedding pounds today.

While fat-reducing strategies and treatments extend far back in history, the first modern example of medicines designed to help those struggling with weight are fat reducers, which emerged in the late 1800s. Based on thyroid extract, these pills increased the body’s metabolic rate, helping to burn fat quickly and with relative ease. However, doctors and patients soon learned that the side effects of fat reducers were severe. Increasing the metabolic rate for an extended period of time does extensive damage to the heart, resulting in increased heart rate, high blood pressure, abnormal heartbeat, chest pain, weakness, and death. Still, fat reducers remained available until the 1960s.

Originally used as an explosive compound, dinitrophenol is an organic compound that has been discovered to have many applications, from a pesticide to an essential tool in the production of dyes, preservatives, and acids — to a diet pill. In the 1930s, dinitrophenol was widely prescribed as a tool for burning fat, as the compound increases the body’s metabolic rate substantially. Unfortunately, the metabolic increase from dinitrophenol is so severe that it can raise the body temperature to dangerous and deadly degrees. In fact, the negative effects of dinitrophenol were so widespread that it prompted new legislation to improve the power and agency of the Food and Drug Administration.

Originally given to WWII soldiers to keep them alert, amphetamines became popular pharmaceuticals across America in the mid-1950s. Because these stimulants suppress appetite, they were prescribed to patients interested in dropping some weight. Yet, there are dozens of disastrous side effects of amphetamines, not least of which is their high risk of abuse. As more users became addicted to amphetamines, more healthcare providers recognized an abundance of concerns, from cardiovascular disease to neurological degeneration and ultimately death.

The combination of ephedrine, a stimulant, with caffeine was first used as a treatment for asthma in the 1970s, but by the 1990s, ephedra was being prescribed as a weight loss tool. Unfortunately, weakened FDA regulations allowed ephedra to avoid clinical trials and FDA approval, leading to widespread use of the drug with little knowledge of the drug’s long-term effects. Ephedrine is an analog to methamphetamine, which means the body processes the substance in a similar way. As a result, many ephedra users maintained similar experiences to those addicted to amphetamines. Eventually, the FDA did declare ephedra to be unsafe, and the agency also discontinued the use of phenylpropanolamine, a chemical derivative of ephedra that increased the risk of hemorrhagic stroke.

Fenfluramine was first approved for weight loss treatment in the 1970s, but it did not become a popular weight loss option until it was combined with another medication, phentermine, in the 1990s. Known as fen-phen, this diet pill became among the most popular of all time, as tens of millions of prescriptions of the drug were written throughout the ‘90s. However, prolonged use of this medication almost inevitably resulted in adverse effects on the heart and lungs, which could be deadly. The makers of fen-phen voluntarily removed the drugs from the market — to avoid what would have been a devastating class-action lawsuit.

Despite the devastating history of pharmaceuticals designed for weight loss, many options remain on the market and are available to patients today. Many have similar deleterious side effects to those drugs of the past, and many more have extremely limited effectiveness. Still, you might talk to your doctor about the potential advantages of using a drug like Ozempic for weight loss, especially if the health risks of your current size vastly outweigh the potential risks of a medication.

There is no fast and painless way to lose weight — and in truth, as long as fat people are eating well and exercising regularly, they likely have little need for diet pills. Because weight loss drugs can have much worse health effects than a few extra pounds, most people should stay away from such serious pharmaceutical interventions and learn to love the body they have.