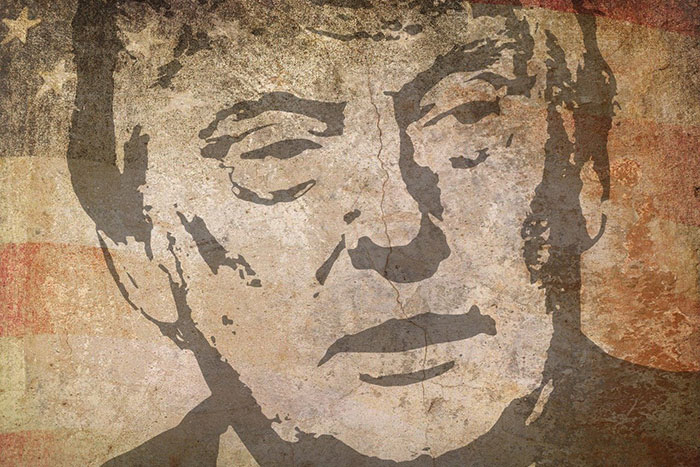 Most of us have moved on from November 4th but there are some, including the main man himself, Donald J. Trump, who maintains there was voter fraud and the results in several states are in dispute. If you are an ardent Republican or even a Trump supporter – they are not necessarily one and the same – you have probably waved the white flag and steeled for a Joe Biden presidency. However, there are a few bitter clingers that are adamant the president is right and that vindication awaits.

“This election was rigged and we can’t let that happen. We can’t let it happen for our country,” Trump said via speakerphone. “And this election has to be turned around because we won Pennsylvania by a lot and we won all these swing states by a lot.”

However, the claims President Trump makes don’t appear to be backed by evidence. Perhaps his only Hail Mary is the purported evidence of either voter fraud or ballot machine errors by attorney Sidney Powell who recently filed lawsuits in several district courts, replete with typos and spelling mistakes.

We are up BIG, but they are trying to STEAL the Election. We will never let them do it. Votes cannot be cast after the Polls are closed!

Despite vehement objections to the election results by Trump and his coterie of advisors, there appears little likelihood that anything of substance will arise to change the outcome, “Zombies are dead people walking among the living — this litigation is the same thing,” said Franita Tolson, a professor at the University of Southern California Gould School of Law. “In terms of litigation that could change the election, all these cases are basically dead men walking.”

Even the bookies want the election to be over as many shops offered wagering on the outcome of the United States presidential election, yet, cannot pay those who bet on Biden because there is a chance, however slight, that those bets might be ruled a loss if Trump can generate a Lazarus-like comeback.

Therefore, faithless electors, those who cast their ballots opposite of the voters’ wishes in their state or district, is not something that would be apt to happen. And even if it did, there are laws on the books in many states against it and the Supreme Court has upheld those laws.

“The Supreme Court made it clear that the elector is not there to vote his or her conscience. The elector is there to vote how the state dictates,” said Erwin Chemerinsky, dean of the University of California-Berkeley Law School. “Most states now forbid faithless electors.”

Thus, it would be absurd, albeit fascinating, if Trump locked himself in a panic room somewhere in the White House with his most trusted confidantes at his side, refusing to leave the grandest stage he has ever played.

“If the country continues to follow the rule of law, I see no plausible constitutional path forward for Trump to remain as president barring new evidence of some massive failure of the election system in multiple states,” Richard Hasen, a law professor at the University of California, Irvine, who specializes in elections, wrote in an email. “It would be a naked, anti-democratic power grab to try to use state legislatures to get around the voters’ choice and I don’t expect it to happen.”

“There’s a strange fascination with various imagined dark scenarios, perhaps involving renegade state legislatures, but this is more dystopian fiction than anything likely to happen,” said Richard Pildes, a law professor at New York University. “The irony, or tragedy, is that we managed to conduct an extremely smooth election, with record turnout, under exceptionally difficult circumstances – and yet, a significant portion of the president’s supporters are now convinced that the process was flawed.”

The bottom line is that Trump will take his leave reluctantly, yet, peacefully and the Biden administration will take over and deconstruct many of his policies, just as he did with Obama’s when assuming office in January of 2017. Perhaps the only real intrigue left is whether Trump will take the high ground, shake hands with his nemesis, and exit gracefully. Now that’s a bet few would want to make.

Direct Deposit vs Check: Which Is the Better Way to Pay Your Employees? < Previous
Ways to Lose Weight Without Exercise Next >