The Surprising History of the International Watch Company

When someone thinks about luxury watches, a few big brands come to mind. TAG Heuer and Tudor are well-known and respected in the luxury watch world, and Rolex is perhaps one of the most recognizable brands in the world, period. 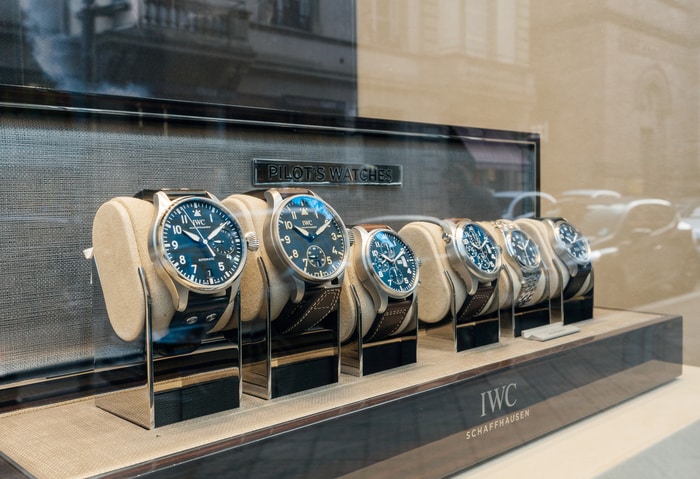 Few people discuss the International Watch Company (IWC) when recommending which brand to purchase when considering a luxury watch. However, IWC watches offer the same quality as many of the high-profile brands with an understated simplicity that appeals to those who despise frivolousness.

IWC was founded in 1868 by American watchmaker, Florentine Jones in Schaffhausen, Switzerland. The desire to create IWC watches stemmed not only from a personal desire to succeed but came with the lofty goal of saving a troubled region.

In the mid-1800s, Eastern Switzerland had fallen on hard times. The limited resources available were preventing further technological development within the area that would help the company keep up with the rapidly evolving industrial world. In the face of the Industrial Revolution, the simple tradesman of Schaffhausen was at risk of losing their livelihood.

Jones came into town with a solution: he’d keep the town alive by building a watchmaking factory, employing the skilled watchmakers who worked out of their homes. The idea wasn’t as well-met as Jones had hoped. The townspeople pushed back on the idea of a factory being built, fearing that it would be the final nail in the coffin rather than the town’s saving grace.

During this same period, Johann Heinrich Moser also had hopes of taking Schaffhausen into the future. Moser built the first hydroelectricity plant in the area, following the innovative approach to energy taken by many of the more developed towns in Switzerland. While the industrial world was rapidly changing, one thing remained certain: the constant that is Switzerland’s incredible ecosystem and natural infrastructure.

Despite the pushback, Jones was able to lease factory space from Moser and take advantage of his established presence within the area. The town came around to the idea of the watchmaking factory and opened their minds to Jones’s approach. The IWC expanded quickly, forcing Jones to rent more space from Moser until eventually, he had no other choice to build a new factory to house his workers.

Jones purchased land from Moser and had his factory built to accommodate 300 workers. Within six years of IWC’s conception, Jones had 200 employees and business was booming, putting Schaffhausen on the map.

While many equate Switzerland with being the symbol of geopolitical neutrality, they weren’t immune to the ravages of war. During the first world war, E.J. Homberger was the leader of the IWC. He had taken over from his father-in-law and predecessor Johannes Rauschenbach in 1905. A philanthropist at heart, Homberger used the success of the company to establish lodging for his employees and care for widows and orphans of the war. These efforts carried over into World War II.

In 1944, due to a critical error, Schaffhausen was the target of an airstrike by US forces. Despite being hit by a failed bomb and being exposed to flaming debris from surrounding strikes, the IWC factory prevailed. After the war, geopolitical tensions remained high, and the falling of the Iron Curtain created the need to rethink the way the IWC did business. Rather than being able to work with their neighboring countries, IWC lived up to their namesake by taking a global approach, creating a market in Australia and North America.

What Modern Businesses Can Learn

After the world wars and subsequent geopolitical pitfalls, IWC was able to work through periods of decreased purchasing and an oversaturated market. They made it through the 1970s when electronic batteries and cheap quartz movements were introduced to the watchmaking world. Through it all, they remain a well-respected luxury watchmaker today, in a market where millennials are purchasing fewer luxury goods than previous generations.

Like IWC, modern businesses need to be adaptable in the face of adversity. When one market is no longer an option, it’s time to look for another. When a business receives pushback or a lack of buy-in from potential investors and customers, working with like-minded partners and growing a strong network can help them to overcome these barriers.

Another takeaway is how critical it is to have strong leaderships to be able to direct a business through these hardships and to give back to the community that supports the business. Jones had what it took to start a successful business. The Rauschenbach/Homberger family was able to navigate the business through troubled waters without being overcome by greed.

Finally, both businesses and consumers alike can learn one key to a fruitful life from IWC: stay in alignment with your core values throughout changing times and above all else, persevere.