Study suggests that drones may stress out black bears

Minnesota – UAVs, or unnamed aerial vehicles, are perhaps one the most popular electronic devices nowadays. Drones have demonstrated to be very useful in all kinds of applications, such as military defense, recreational use, and scientific research. Even big companies such as Amazon and Google have been using these devices for their benefit. However, drones have raised serious criticisms regarding to privacy concerns. Now researchers have been investigation if UAVs may affect wildlife in any way.

Scientists, conservationists and ecologists, use drones to get up close with nature. It offers them the possibility to travel and record long distances and various fauna from many locations and habitats. For example, UAVs have been used to protect rhinos and elephants from hunters in Africa and to collect data from wild humpback whales. They have also used drones to watch animals like dolphins in their natural habitats. Among many other uses.

Nonetheless, there has been little research about how animals react to the flying devices. Researchers from the University of Minnesota determined that by measuring the animal’s reaction to drones flying and buzzing around is a way to figure out how much stress the devices put on the local fauna.

The study released in the journal Current Biology, shows that black bears can be stressed by the presence of UAVs in their habitats. The finding suggests that greater caution is necessary with drones flying above wildlife. 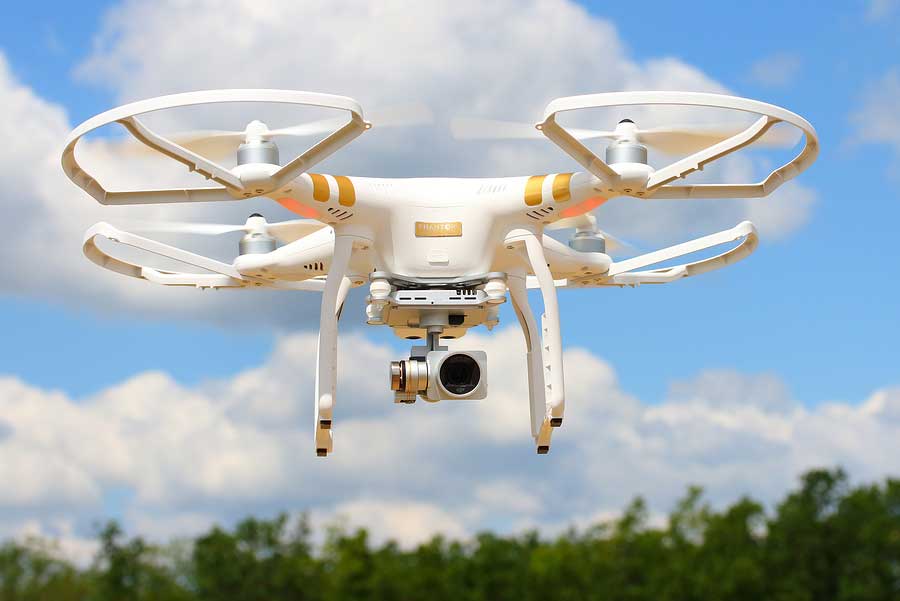 For the study, the team placed GPS collars and cardiac “biologgers”, devices that collect heart rate data, in four bears. The group animals from northwestern Minnesota included two mothers with cubs, one young females and a hibernating female. Then, they flew a UAV over each bear from one to nine times (18 flights in total), while observing the bear’s reactions and behavior.

The scientists found that when a drone flew over a bear, its heart spiked, suggesting that the UAV actually stressed it.

“The magnitude of some of the heart-rate spikes were shocking. To see heart rates go from 41 beats per minute prior to the unmanned aerial vehicles’ flight to over 160 beats per minute during the flight was far beyond what we expected,” said study lead author Mark Ditmer, a wildlife ecologist at the University of Minnesota.

But, despite their hearts seemed to beat faster, the animals tended to stand still rather than just run away. This element is key because it demonstrates the importance of a deep study and analysis on wildlife instead of mere observation.

“Just because we can’t directly observe an effect doesn’t mean it’s not there,” Ditmer added. “If the researchers had simply watched the bears’ movements during the UAV flights, we would have incorrectly come to the conclusion that UAV flights weren’t having much of an effect on individuals.”

Ditmer and colleagues were also concerned about bears in other locations. The bears they studied live in a highly populated area, so they might be a little used to some noise. However, there has not been any studies on the effects on animals from wilder locations.

“These bears are in probably one of the most human-dominated parts of Minnesota, in terms of where bears are located anyway, so we thought they would be the most habituated to outside stressors,” Ditmer said.

This is another reason for why further investigations are needed. Animals in various locations or under different circumstances, even if they are from the same species, will probably react different to the same stress factors.

The study additionally suggests that in a long-term period, the psychological stress response may result harmful for wildlife if they don’t get use to the UAVs. Also, because of drones, the animals may expose themselves to risky situations, and could become more “vulnerable to sources of mortality,” Ditmer explained.

All in all, the final objective for future research on this topic, is to determine if the repeated drone use is harmful or not for animals. Ditmer stated that there is a chance that animals could become used to drones over time. This is not a research to oppose to the use of UAVs, because they are indeed very beneficial for scientific investigations. “We’re just highlighting a potential issue that needs to come into closer consideration when we decide where and where to use them,” he said.