Lt. Col. Mathew Lohmeier, the Space Force Commander of the 11th Space Warning Squadron in Colorado, has been fired from his post. Lohmeier was removed as commander after stating that Marxist ideologies have infiltrated the United States military. He made the assertion in defense of his new book titled “Irresistible Revolution: Marxism’s Goal of Conquest & the Unmaking of the American Military.” 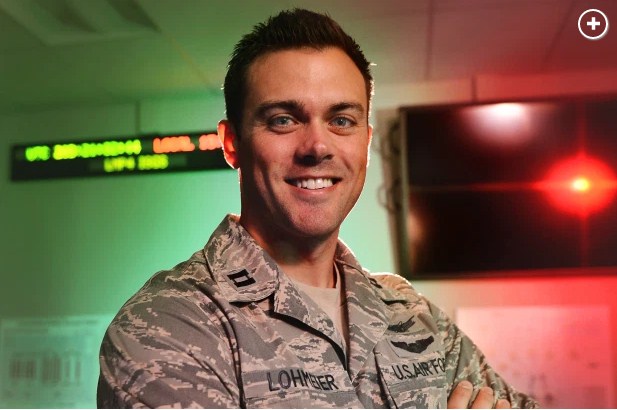 While talking on the podcast of The Steve Gruber Show, Lohmeier said many of the narratives he had observed in the United States as a nation are Marxist in nature, and that the Marxist narratives have spread very much in the military. He went on to state that white supremacy is codified in the US Constitution and that anyone that disagrees with this is labeled a racist.

“Since taking command as a commander about 10 months ago, I saw what I consider fundamentally incompatible and competing narratives of what America was, is, and should be,” Lohmeier said. “That wasn’t just prolific in social media, or throughout the country during this past year, but it was spreading throughout the United States military. And I had recognized those narratives as being Marxist in nature.”

Following his podcast views as postulated in the book, Space Operations Command commander, Lt. Gen. Stephen Whiting, removed Lohmeier from his post for “loss of trust and confidence in his ability to lead” and also instituted a Command Directed Investigation (CDI) to determine whether Lohmeier’s comments constituted partisan politics, NY Post reports.

Although the military author has disclosed that his new book is not political or motivated by any political agendas, it is not known if he consulted his superiors before publishing the book. Lohmeier said he was motivated by the growing politicization of the US military and what he has personally observed to write the book.

He said his intent is to see the Department of Defense (DoD) deal with the politicization of the Armed Forces and root out racism in its ranks.

An Amazon review described the book as a “timely and bold contribution from an active-duty Space Force lieutenant colonel who sees the impact of a new-Marxist agenda at the ground level within our armed forces.” But then, military sources said they will review the book to determine if the author has flouted any military regulations in publishing the book and in its contents.

Florida Rep. Matt Gaetz condemned the demotion of Lohmeier and said he will task the Armed Forces Committee to review the matter. “Lt. Col. Lohmeier is a Patriot telling the truth about the attempted wikification of our military – and worse,” Gaetz said. “His demotion is clearly retaliatory.”