Three Chinese astronauts that were part of the Shenzhou 13 crewed mission to space have returned to Earth. Known as taikonauts in Chinese, the astronauts spent a total of 183 days in space aboard the Tiangong space station. They lived at the Tianhe living quarters for much of their time out in space after being launched to space aboard the Tianzhou-2 cargo spacecraft. 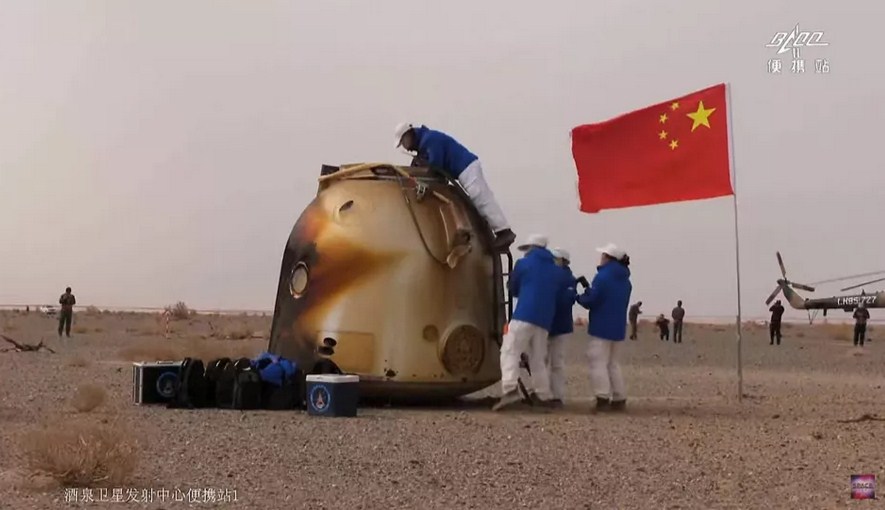 The three astronauts are Zhai Zhigang, Ye Guangfu, and female crew member Wang Yaping. The trio left Earth for space on October 15, 2021, after lifting off at the Jiuguan Satellite Launch Center pad in the middle of the Gobi Desert. On their return on April 15, they landed at around 10 pm in northern China’s Inner Mongolia Autonomous Region nine hours after leaving the Tiangong space station – the Chinese equivalent of NASA’s International Space Station (ISS).

Before the successful launch and arrival of the Shenzhou 13 crewed mission, the Shenzhou 12 mission sent three Chinese astronauts who spent 92 days in space in 2021. Zhigang commanded the Shenzhou 13 mission, and Yaping was the first woman to live in the Tiangong space station and the first Chinese woman to ever conduct a spacewalk.

The Tiangong is still a work in progress, and the Shenzhou 13 mission was the fifth in 11 scheduled missions to complete work at the space station. The next two missions are the three-person Shenzhou 14 and the Tianzhou 4 cargo mission. China constructed its own space station – the only space station in the world besides the ISS – after the United States prevented its participation in the ISS.

The three Shenzhou 13 crew ran more than 20 scientific experiments in orbit and even conducted two live lectures from the Tianhe living quarters. Space experts said the purpose of the lecture was to demonstrate China’s space competency.

“A real-time, interactive event with China’s taikonauts highlights the reality of the country’s technological achievements and displays the competencies and utility of its space program,” said Molly Silk, a doctoral researcher of Chinese space policy at the University of Manchester in England. “Such an event serves to enhance national pride and to encourage young citizens to pursue science-based careers.”