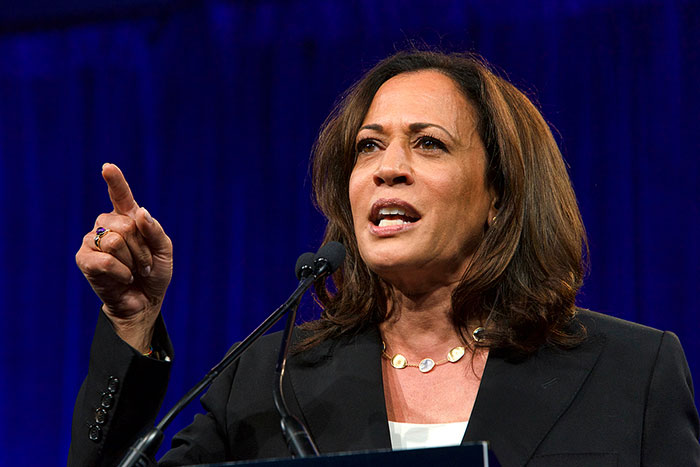 The Vice President-elect has promised to fight for the rights of minority groups encouraging women around the world that the position is attainable. In her popular quote, “I may be the first but I won’t be the last”. Harris had wanted to run for president herself before she was appointed as the running mate of President-elect, Joe Biden. No other woman or person of color has held the title before now. Harris’s appointment is being celebrated by women all over the country and the world at large.

While delivering her victory speech alongside Biden in Wilmington, Delaware the vice-president-elect recognized the role of her Indian mother and other women of different races whose efforts have led to this historic moment in the history of the United States. She also expressed how happy she was about the historic moment explaining that her appointment shows that the United States is becoming more and united; a country that will provide opportunities to all her citizens regardless of their gender and color, NY Times reports.

Harris comes of Black descent from her Jamaican father and Asian descent from her Indian mother. After her election to the United States Senate in 2016, Harris became the second African American woman to attain such a position in the country. Her reign in the Senate was marked by her habit of grilling her adversaries intelligently during hearings. Some of those moments went viral with many social media users applauding her tenacity and tact.

Harris has always been an advocate for racial justice and fairness from her childhood years in Oakland and Berkeley, California. She described the power and rush she felt listening to Shirley Chisholm, the first black woman to run for president of the United States in 1971 in Berkeley. Harris attended Howard University, a historically Black college. As a prosecutor, she focused on domestic violence and child abuse cases.

Her husband Douglas Emhoff, a white Jewish man will also make history as the first second gentleman in the history of the United States. Harris has also revealed that her policies are not rigid and while some of the policies she stipulated while running for president might be different from Biden’s policies, she plans to support him and work as seamlessly as possible with him to bring back the glory days of the United States.

Many people of Black descent showed their support for the Biden/Harris campaign after the several derogatory and often racist comments made by conservatives and their supporters during this election cycle. President Donald Trump has continuously refused to correctly pronounce Harris’s name and called her a “monster” after the vice-presidential debate.

Democrat representative of California, Barbara Lee who was involved in the campaign of Ms. Chisholm expressed her joy with Harris’s appointment.

“Harris is fulfilling the long-held dreams of many women across the nation, she is representing Shirley Chisholm, me and every other woman of color out there, ” Lee said, “This is a barrier we have been trying to overcome for decades, it didn’t come easy but we finally have our victory.”