Home » Headlines » Editorials » Science Has Spoken: Gaming Can Be a Healthy Pursuit

Science Has Spoken: Gaming Can Be a Healthy Pursuit

The media is constantly abuzz with news of gaming addictions and warnings that children are spending too much time on screens. However, recent scientific studies have shown that gaming can actually be far more positive than media outlets give them credit for. One study undertaken at RMIT University in Melbourne, Australia, for instance, found that teens who regularly play online video games tend to improve test results in math, science, and reading. By contrast, social media reduces these scores! If you were still in doubt as to whether you could be physically and mentally healthy and enjoy your favorite games, read on! 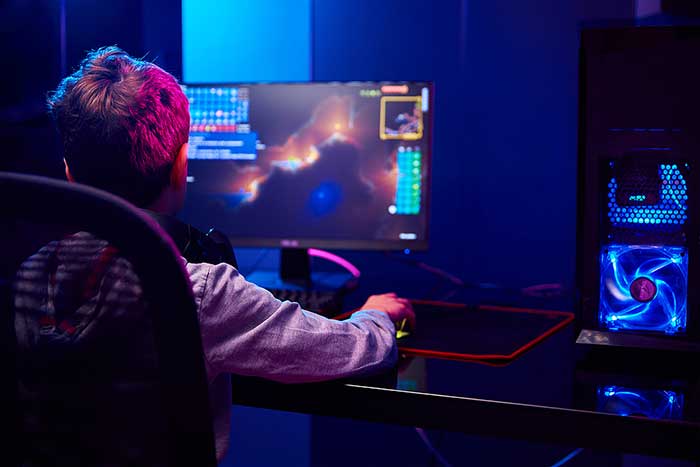 Studies have shown that games are an important way to create and sustain friendships in modern times. Researchers from North Carolina State University, for instance, found that online social behavior is not replacing offline social meetings. Rather, it is expanding players’ social lives. “Loners are the outliers in gaming, not the norm,” said researcher, Dr. Nick Taylor. He added that the old stereotype of gamers being antisocial basement dwellers was nothing but a myth. Gamers actually display various social behaviors at once—including talking, playing, snacking, and chatting online. Many players don’t limit their dealings to the online world. Instead, they connect between games via video conference calls and in-person meet-ups.

While there are games that are mainly action- and weapon-focused, many others include healthy narratives that teach key skills such as communication, teamwork, and gaining others’ trust. Examples can be found in classic games like Legends of Oz or Super Mario Kart. In Legends of Oz, for instance, various characters are made to work together to achieve goals. For instance, one of the main characters, Midna, teams up with her friend Link to battle a great evil she cannot defeat on her own. Link, meanwhile, has to gain the trust of the Gerudo people in order to cross the desert they inhabit. These and other animated heroes model behaviors that can be especially useful for young gamers to value and adopt.

The American Psychological Association (APA) has published research showing that playing video games can boost kids’ learning, health, and social skills. While the APA states that gaming can have negative effects (such as gaming addiction and depression), they concluded that a more balanced perspective of this activity is needed. Playing video games, they added, could help kids think about things in three dimensions and develop problem-solving skills that could be useful in a wide array of subjects.

Gaming isn’t all negative, as numerous recent studies have shown. When enjoyed in moderation, it can help players pick up key skills and even improve their academic performance. It can also help children stay connected with others and learn useful values through the actions of online characters.