House Speaker Nancy Pelosi and Senate Majority Leader Chuck Schumer have endorsed President Joe Biden for a second term in office. Both lawmakers endorsed Biden at Hunan Dynasty, a Chinese restaurant on Capitol Hill in Washington, where they had met CNN’s Jamie Gangel for a short interview over a meal on Thursday. 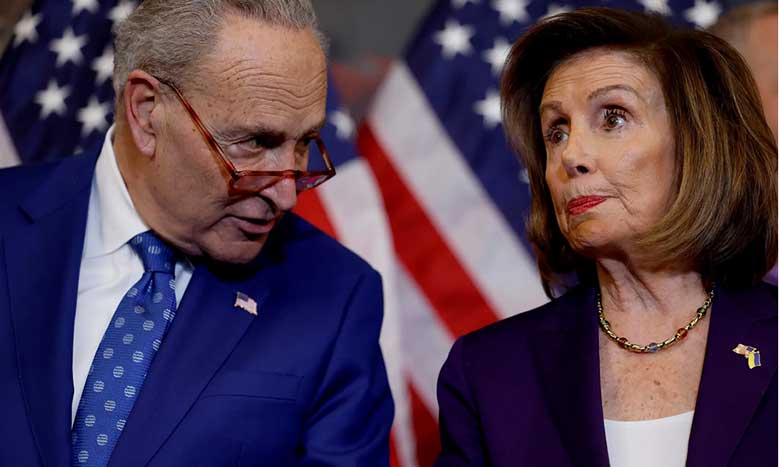 Pelosi and Schumer agreed that Biden should be given a second term in office for performing excellently in his first two years as president. The prominent lawmakers said they would love to see the 80-year-old president who holds the title of the oldest US president in history win the 2024 general elections again. If he wins, Biden will be 86 years old by the time he finishes his second term.

“I think President Biden has done an excellent job as President of the United States,” Pelosi said. “I hope that he does seek reelection. He’s a person with a great vision for our country. And he’s the most empathetic president. He connects with the American people. The vision, the knowledge, and the strategic thinking are all here. Empathy is from the heart. And I think that he’s been a great president.”

Pelosi insisted that Biden has been in politics for decades and understands the challenges facing the American people. She said he has deep knowledge of the issues the everyday man is facing on American streets and households, and he has the solutions to making life great for everyone again. Schumer also agreed that Biden has done a great job in his first two years, confirming that “Yes, he’s done an excellent, excellent job. And, if he runs, I’m going to support him all the way.”

Pelosi has less than three weeks to spend as Speaker of the House after Republicans won the majority by a slim chance. But she plans to remain in the House to represent her San Francisco constituency and to continue supporting other Democrats for various committee roles in the House.

A CNN poll released earlier this week revealed that 59% of Democrats would prefer someone else to lead the Democratic Party in 2024, while 28% said they do not know who to vote for yet when the elections come. Another poll conducted by Redfield & Wilton Strategies found that 58% of all voters do not want Biden to go for re-election, with many of them saying his advanced age is not working in his favor.

Schumer said he definitely does not want former President Donald Trump, who has voiced his readiness to contest again in 2024, to be president ever again. “The American people have gotten wise to him,” he said. “Took a little while, but they did.” But when Pelosi was asked if she wants to see Trump contest the presidential elections, she simply said “I don’t think we should talk about him while we’re eating.”