The heir of Samsung Electronics and factual head of the South Korean electronics giant, Lee Jae-Yong, has been released from prison on parole. The 53-year-old whose grandfather established Samsung Electronics spent 207 days in a South Korean jail for bribery and financial fraud. Jae-Yong was convicted of corruption and embezzlement in January and served two and half years in prison, but he had served about 60% of his sentence before he was released. 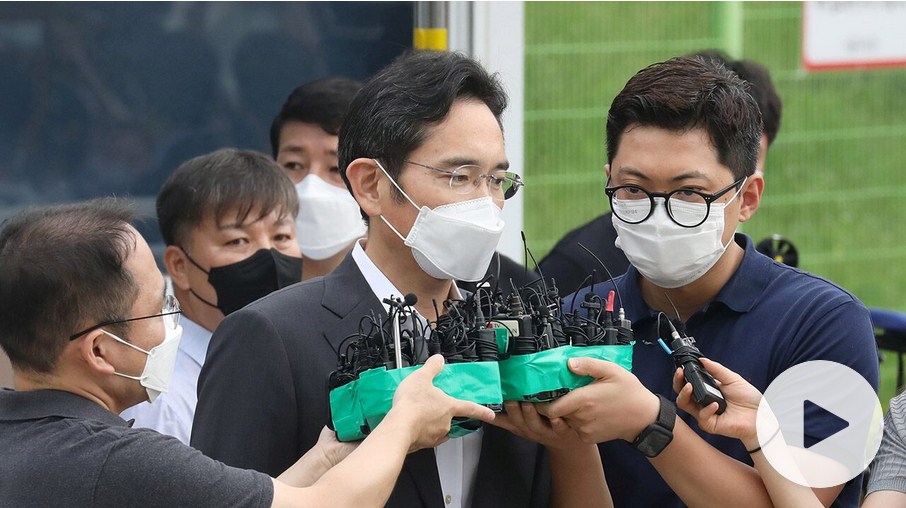 The Crown Prince of Samsung was convicted and imprisoned with former South Korean President Park Guen-Hye who remains in jail. Jae-Yong was alleged to have paid out 43 billion won ($37.7 million) to two NGOs run by Guen-Hye’s friend Choi Soon-Sil for political support. Given his financial support to the president, Guen-Hye would then reportedly facilitate a Samsung merger that would see Jae-Yong becoming the overall head of the entire Samsung conglomerate.

According to the prosecution, Jae-Yong embezzled and concealed criminal proceeds worth $7.8 million to ensure that he emerges as the substantial head of his grandfather’s company. The high court that jailed him said he provided bribes and goaded the president into helping him to assume absolute control of Samsung.

But following his release on parole, Jae-Yong apologized to people he had disappointed and promised to work hard to correct his bad deeds. “I’ve caused much concern for the people,” Lee said. “I deeply apologize. I am listening to the concerns, criticisms, worries, and high expectations for me. I will work hard.”

The Ministry of Justice said the Samsung heir was released for the sake of national security. President Moon Jae-in said the situation with South Korea’s economy and the global markets in the face of the COVID-19 pandemic necessitated his release. He urged the entire nation to see beyond Jae-Yong’s misdeeds to what his release could do for the entire country.

“We are well aware that there are supporting and opposing views on Vice-Chairman Jay Y Lee’s parole,” President Jae-In said. “The views of the people who are opposed are also right. On the other hand, there have been many people who called for his parole in this severe crisis, hoping that he will help the country with respect to semiconductors and vaccines.”

As part of the conditions for his parole, Jae-Yong will be subjected to five years of business restrictions and he will not be able to travel outside the country without government approval. While the Samsung heir is under another investigation for fraud and stock manipulation, it is possible that he returns to jail if he is convicted again under the second case. The US Chamber of Commerce and Samsung Electronics fought for his release even though civil rights organizations want him to serve out his sentence.

4 New Health Delivery Systems and What They Mean for the Future of Healthcare < Previous
Canada Mandates Vaccination for Federal Employees and Air, Rail and Ship Passengers Next >