Russian Soldiers Run Over Commanding Officer with a Tank, Killing Him Instantly

Russian troops of the 37th Motor Rifle Brigade have reportedly run over their commander as a result of the deadly fatality they suffered in invading Ukraine. Ukrainian journalist Roman Tsymbaliuk reported on Facebook that Russian Colonel Yuri Medvedev was run over by a tank from his own unit, while other sources named the commanding officer Colonel Medvechek. 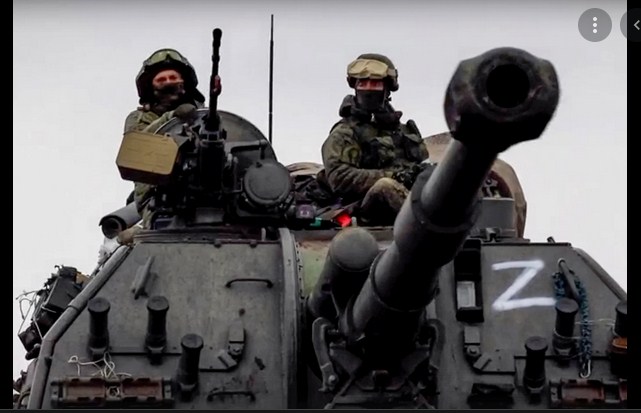 Tsymbaliuk said the colonel suffered broken legs after the attack and was taken to a hospital in Belarus where he died. Several UK media sources reported that the brigade suffered heavy losses in the attack on Ukraine, and ran over their own commanding officer to register their frustration with the war.

A senior NATO official revealed that more than 15,000 Russian soldiers had died in the war in Ukraine, compared to the fewer than 3,000 casualties suffered by Americans in their 20-year war in Afghanistan. Many Russian soldiers have expressed dismay at the war in Ukraine, with many saying they were deceived into fighting an illegal war. The situation has led to many losses of lives and poor morale among the troops.

Several top Russian military officers also died in the war, including generals. The situation has led to a civil uprising in Russia, with millions of citizens calling for an end to the Ukrainian war. The Russian police have been arresting protesters and detaining them to quell insurrections, but Russian President Vladimir Putin remains bent on crumpling Ukraine.

Ice Shelf the Size of NYC Disintegrates In East Antarctica Due to High Temperatures < Previous
How Have Online Casinos Transformed During the Years Past? Next >
Social Connection
Latest News