The ice shelf known as Glenzer-Conger in East Antarctica has collapsed. Almost the size of New York City at 463 square miles, the disintegration of the massive ice shelf was blamed on rising high temperatures. Scientists said temperatures rose to 70 degrees Fahrenheit above normal in the region, causing the ice shelf to collapse. 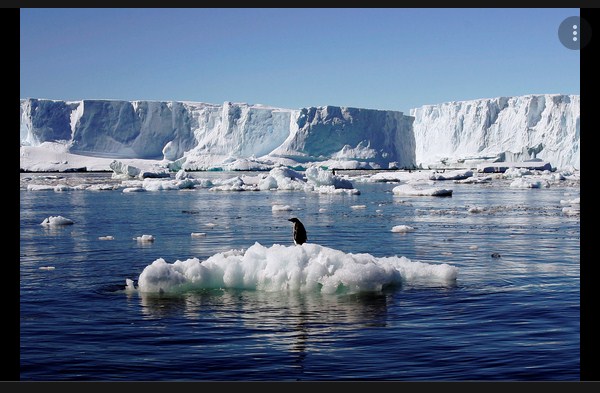 This is the first time in human history that the East Antarctica ice shelf will fall, and scientists fear it can lead to increased sea levels of more than 160 feet around the world. Environmental experts had always believed that the ice shelf in East Antarctica can never collapse – even due to climate change – but the recent event has changed that notion after NASA satellites revealed the collapsed ice.

An ice scientist at the University of Minnesota, Peter Neff, said ice sheets around the world and notably in Antarctica will continue to melt at alarming rates if greenhouse gases are not curtailed. He said climate change is affecting ancient ice shelves and causing them to melt in a way that will affect sea levels.

“The Glenzer-Conger ice shelf presumably had been there for thousands of years, and it’s not ever going to be there again,” Neff stated. “It has now been established that the Antarctic Circumpolar Current is warming more rapidly than the global ocean as a whole.”

Environmental scientists also fear that the Thwaites Glacier which is almost as large as Florida in West Antarctica is also a danger of collapsing due to extreme heat. However, the size of the ice sheet in the east region is five times the size of that in the west. Despite the alarming rate at which global warming is causing glaciers to melt, scientists said the eastern Antarctica melting process may take centuries to complete.

“It takes time to melt,” said Benjamin Strauss, president, and CEO of Climate Central. “And the same thing is true for the big ice sheets on Greenland and Antarctica and glaciers around the world. We turned up the thermostat. We’ve already heated the planet by a couple of degrees, but they’ve only begun to respond by melting. And that’s why we have all this extra sea level in the pipeline.”