Rory Brown, Managing Partner of Nicklaus Brown & Co., On The Lydians and Other Historical Currencies

Since the dawn of civilization, humans have used trade to procure needed items. Barter is the oldest trading system, but money, in various forms, quickly eclipsed barter as the preferred means of trade. Though true coinage was invented in the middle of the seventh century BCE, with the introduction of the Lydian stater, money is much older, and below Rory Brown traces a path from cows straight to Bitcoins. 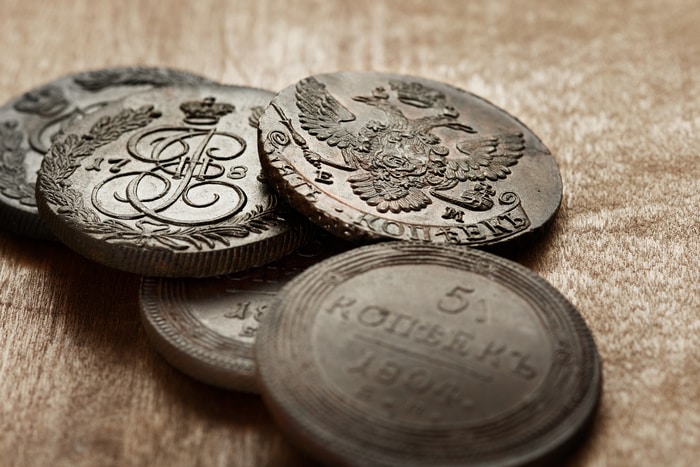 Animals were the first stores of value that can reasonably be called money. Depending on the culture, purchasing power could be found in cattle, sheep, reindeer, and more. This investment system had its own unique way of paying interest in the form of procreation.

Unfortunately, livestock can also perish from disease and old age, which is not a desirable quality in a monetary system. What was needed was a more permanent store of value.

Many cultures began using shells, minerals, shaped stones, carved bones and other, more portable, less mortal objects as money. These had the benefit of portability and longevity but were still less than perfect stand-ins for modern systems of coinage.

For one, they weren’t universally accepted, and value could differ from culture to culture. Plus, it was difficult to maintain a money supply when you could dredge up new “coins” from the seabed or from your last meal.

The relative rarity of precious metals, like gold, silver, and electrum, made them perfect candidates to replace shells and bones. However, it wasn’t until King Alyattes of the Lydian Kingdom started minting electrum coins, called Staters, of uniform weights, with unique identifying markings that true, modern metal coinage was born. For the first time, coins had specific values that could be trusted to be consistent. The Lydian Stater was the precursor to nearly every system of coinage that followed throughout history.

Modern coins began with the Lydians, but paper money got its start in the ninth century on the other side of the planet, in China. “Flying money” named after its propensity to blow away, was a system of block-printed certificates the government gave merchants as stand-ins for heavy coinage. This made it easier for these merchants to transport large sums of money around the country.

It took centuries, but eventually, paper money spread to Europe and the United States.

Bitcoins and other cryptocurrencies are digital currencies that operate on the principle of the blockchain. This is a single, decentralized register that records the value of every person’s account and every transaction that’s ever been carried out. The value of Bitcoin is variable but comes from its scarcity and its acceptance as a unit of payment.

The next step in the evolution of currency is anybody’s guess, but it’s likely to abstract the idea of money even further than we can currently conceive.

For more information about the Lydians and the history of money, visit Rory Brown’s website.

About Rory Brown: Mr. Brown is a Managing Partner of Nicklaus Brown & Co., the Chairman of Goods & Services, Nearshore Technology Company, and a member of the board of directors of Desano. He is passionate about delving into the history of money and how our modern currency has evolved into what it is today. In his spare time, he writes about the history of the Lydians – the first civilization to use gold and silver coinage.