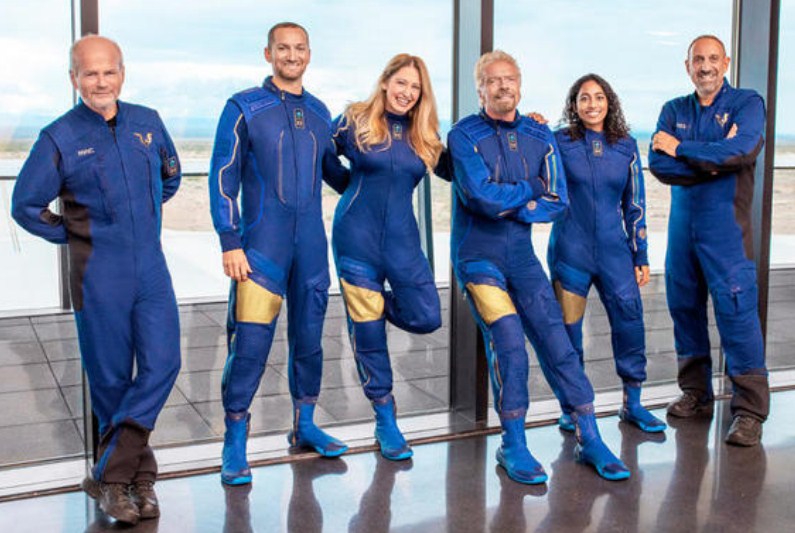 Branson will fly to space aboard the VSS Unity rocketplane while Bezos will make the trip using the New Shepard spacecraft.

“I truly believe that space belongs to all of us,” Branson said. “After more than 16 years of research, engineering, and testing, Virgin Galactic stands at the vanguard of a new commercial space industry, which is set to open space to humankind and change the world for good.”

On the other hand, Bezos announced that he will be flying into space with his brother Mark, aviation pioneer Wally Funk, and an unnamed individual who bid $28 million to make the trip. Many people have also lined up to make the trip when commercial space travel is launched in the next few years, while nearly 600 people have deposited between $250,000 and $500,000 with Virgin Galactic to make the trip in 2022, Yahoo writes.

Blue Origin timed the July 20 trip to space to coincide with the 52nd anniversary of the Apollo II moon landing after conducting 15 test flights of its New Shepard rocket and capsule. The test flights were unmanned and successful. Virgin Galactic only joined the race after the Federal Aviation Administration (FAA) approved commercial flights to space for the space company, prompting it to announce a July 11 date for a trip with its founder and CEO.

According to Branson, the space trip will “help validate the journey our future astronauts will undertake and ensure we deliver the unique customer experience people expect from Virgin.” Both Virgin Galactic and Blue Origin will be reaching altitudes of more than 50 miles into sub-orbital space before returning again to Earth after up to 30 minutes of weightlessness in space.

What Can Personal Injury Lawyers do for You? < Previous
Another 182 Human Bodies Found In another Residential School in Canada Next >