A study published on July 8 in the journal Current Biology revealed that paleontologists found the fossils of a three-eyed marine predator that existed 506 million years ago. The extinct creature existed during the Cambrian period and is called Stanleycaris hirpex. The complete fossils were found in the Burgess Shale of the Canadian Rockies in British Columbia. 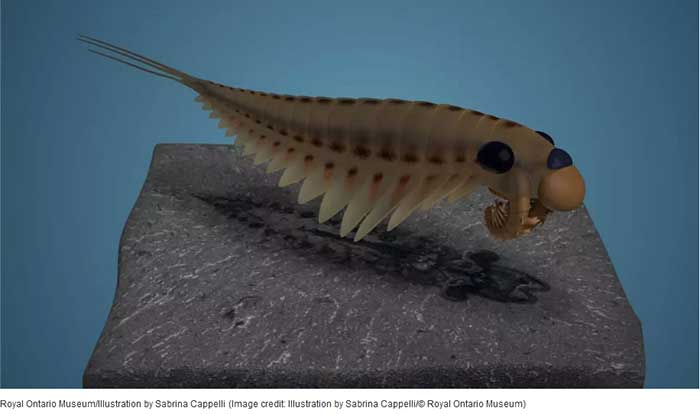 According to paleontologists of the Royal Ontario Museum (ROM) in Toronto, the fossils were well-preserved and the three eyes, brain, and even nervous system were observable. The lead author of the study, Joseph Moysiuk, said the numerous specimens of the creature showed remarkable body elements that indicated it was remarkable and well-fossilized.

Moysiuk said the Stanleycaris measured 8 inches or 20 centimeters in length and must have looked big to its preys.

“It had this really ferocious apparatus of spiny claws and round mouth that made it look absolutely fierce,” Moysiuk said. “It also had long, rake-like spines to comb the seafloor to hunt for any buried organisms, side flaps to help it glide through the water, and trident-shaped spines that project toward each other from the opposite appendage that we think it used as a jaw to crush its prey.”

ROM scientists said the creature’s brain was divided into two parts – the protocerebrum contained the eyes and the deutocerebrum connected its front claws. The researchers said the preservation of the brain provides good knowledge of how their nervous system evolved over the centuries to what we have today in land and marine insects.

They also found that the S. hirpex’s third eye may have been used to track preys in its surrounding.

“For the first time, we were able to recognize this gigantic median eye in addition to the pair of stock eyes that we already knew about in radiodonts,” Moysiuk said. “We can only speculate, but we think that this third eye helped with orienting an animal, and it’s especially important for a predator like Stanleycaris that has to move around rapidly and precisely in the environment.”