Republican Oregon State Rep. Mike Nearman has been charged with first-degree official misconduct and second-degree criminal trespass for opening the door to allow protesters into the grounds of the Oregon State Capitol in December 2020, NPR reports. 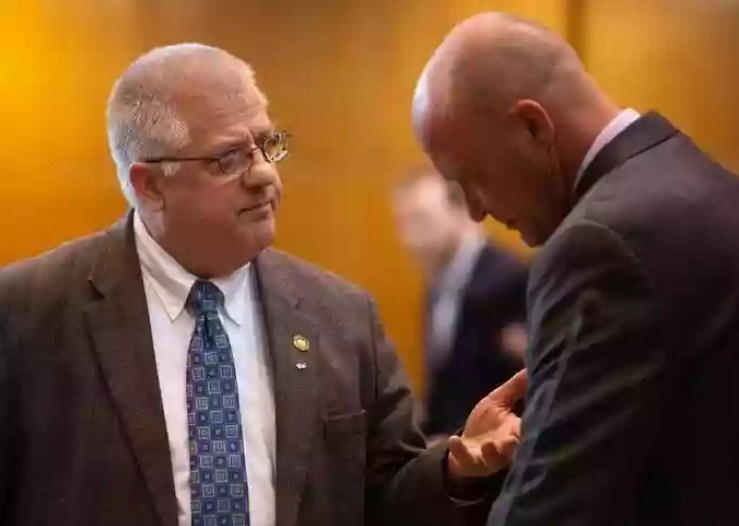 According to security camera footage released by the Oregon State Police, Nearman had on December 21 exited a legislative session where lawmakers were considering COVID-19 relief to open the door of the statehouse for far-right demonstrators. Protesters had besieged the entrance of the statehouse to demand an end to coronavirus restrictions, and they scuffled with law enforcement after Nearman had given them access.

Investigators found that some of the protesters who breached the Oregon state capitol also went ahead to take part in the US Capitol attack in Washington DC.

The Marion County District Attorney Office is charging Nearman for “unlawfully and knowingly” bringing unauthorized people into the capitol “with intent to obtain a benefit or to harm another” contrary to his role as a public servant. Prosecutors said the lawmaker will be charged for “constituting part of a common scheme or plan” to aid and abet the illegal breach of the Oregon State Capitol by demonstrators and allowing them to remain upon the premises contrary to regulations.

The Polk County Republican has been billed to appear at the Marion County Court on May 11, and an arrest warrant may be issued for him if he fails to appear, prosecutors said.

Democratic lawmakers in the House condemned Nearman for his action, saying his action endangered the safety of other lawmakers during the capitol breach. His counterparts in the House accused him of allowing “a group of rioters enter the Capitol, despite his knowledge that only authorized personnel are allowed in the building due to the COVID-19 pandemic.”

According to Democratic counterparts, what Nearman did was “completely unacceptable, reckless, and so severe that it will affect people’s ability to feel safe working in the Capitol or even for the legislature.” The lawmakers said the legislator can be suspended or even expelled from the House if investigations find him guilty of violating official policy.

Although Republican lawmakers have not spoken much about the situation, House Republican Leader Christine Drazan said due process must be followed since every legislator should be accountable to the people. She said Nearman should be held responsible for his actions if legal proceedings convict him of criminal misconducts, and that no lawmaker should be above the law.

Zoe Roth, Face behind the “Disaster Girl” Meme, Sells Meme for $500,000 in Online Auction < Previous
How to Get Some Investing Momentum Again in 2021 Next >