Pope Francis has achieved a long-term dream of visiting Iraq this Friday. The Holy Father landed in the Iraqi capital of Baghdad on a four-day visit to the largely Christian country where he hopes to meet the declining Christian community, pay a visit to the famed birthplace of the Biblical Abraham, visit the 90-year-old leader of Shiite Muslims, and hold meetings with Iraqi leaders. 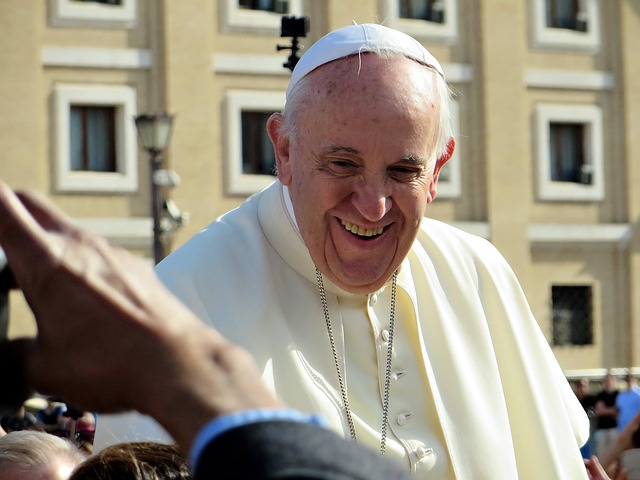 Pope Francis’ visit to Iraq is historic in the sense that he is the first pope to ever set foot in the war-torn country. The late Pope John Paul II would have made the visit in 2000 but it was canceled when the late President Saddam Hussein declined the invitation due to a breakdown of talks between the Vatican and the Iraqi government.

“For some time I have wanted to meet those people who suffered so much,” Pope Francis said, referring to the minority Iraqi Christians who have been persecuted and martyred in the Muslim-dominated country. “The people of Iraq are waiting for us. They were waiting for St. Pope John Paul II, who was not allowed to go. The people cannot be let down for a second time. Let us pray that this trip can be carried out well.”

The visit is the first to be embarked upon by the pope outside of Rome since the COVID-19 pandemic started. He and his entourage had been vaccinated before embarking on the trip. He met with Prime Minister Mustafa al-Kadhimi upon his arrival at the airport and will meet with President Barham Saleh later in the day. Although the Iraqi government instituted a general curfew to reduce the number of people that might throng out to meet with the pope in the light of the ongoing pandemic, a large number of dancers who did not wear masks still lined up to celebrate Francis upon his arrival.

He met with officials of the Cathedral of Our Lord of Salvation church in Baghdad and consoled them over the burning of the church and killing of the brethren in 2010 when ISIS militants swept through the city. Francis called the hundreds of massacred Christians martyrs, and said they “paid the ultimate price of their fidelity to the Lord and his Church.”

While President Saleh lauded the Holy Father for coming to help heal the wounds of everyone in the country, Pope Francis said he came as a penitent pilgrim to strengthen the weak and restore peace to all hearts.

“I come as a penitent, asking forgiveness of heaven and my brothers and sisters for so much destruction and cruelty,” said the pontiff. “I come as a pilgrim of peace in the name of Christ, the Prince of Peace. How much we have prayed in these years for peace in Iraq.”

Francis will later visit the ancient city of Ur where Abraham was born, and also visit Grand Ayatollah Ali al-Sistani, the leader of the Iraqi Shiite Muslims. Given the hurried restoration of street-lights and rehabilitation of roads as well as remodeling of major structures in Baghdad in readiness for the papal four-day visit, many Baghdad residents said they hope the pope would stay for one month.

“The streets of Baghdad have become a lot better within a week,” said 41-year-old shopkeeper Ahmad al-Assadi. “I wish he would stay for a month and tour all of Iraq…maybe then they can fix the entire country.”