Pope Francis has removed a top African Vatican official whom many people around the world see as a future pope. The pope accepted the resignation of Cardinal Robert Sarah who was the head of the department of the liturgy in the Vatican. Sarah is considered a strong conservative whose opinions on church matters vary in many respects from that of the pontiff. 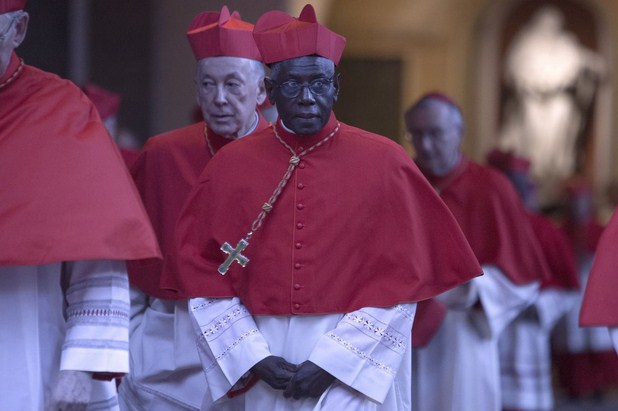 The Holy See Press Office acknowledged the resignation of Sarah but did not provide reasons for the development. However, inside sources revealed that Cardinal Sarah tendered his resignation as head of the liturgy department last year after he clocked 75 years in accordance with church law. The sources said Francis usually allows cardinals to remain to retain their position for 2-4 years out of magnanimity after they turn 75, but does not allow them to remain in such offices after age 80.

After tendering his resignation in June 2020 and getting a papal nod to continue in office, Sarah tweeted that “for my part, I am happy to continue my work. I am in God’s hands. The only rock is Christ. We will meet again very soon in Rome and elsewhere.”

A Guinean, Sarah was made the prefect of the Congregation for Divine Worship and the Discipline of the Sacraments by Pope Francis in 2014 and remained in that office until he needed to retire by reason of age. According to the Wall Street Journal, the cardinal and the pope differ in areas of homosexuality, bilateral relations with Muslim nations, and some other theological issues.

In 2020, retired Pope Benedict XVI requested Sarah to expunge his name as the co-author of a book that emphasized celibacy for priests. Many people opine that the book was trying to force the hands of Pope Francis on ordaining married men as priests. The book generated a roar and Benedict was forced to demand that his name be removed as one of the co-writers.