Parler’s Board Sacks CEO John Matze; Says He’s Not a Part of the Decision

The Parler board has relieved the social media company’s CEO, John Matze, of his duties after the platform went blank shortly after the January 6 attack on the US Capitol. Amazon Web Services which was hosting the platform took it down late in the day on Monday, January 11, for its role in the riot. Matze told reporters that the board followed the directives of Rebekah Mercer, a known Republican donor, and supporter, who removed him from office on Friday, USA Today reports. 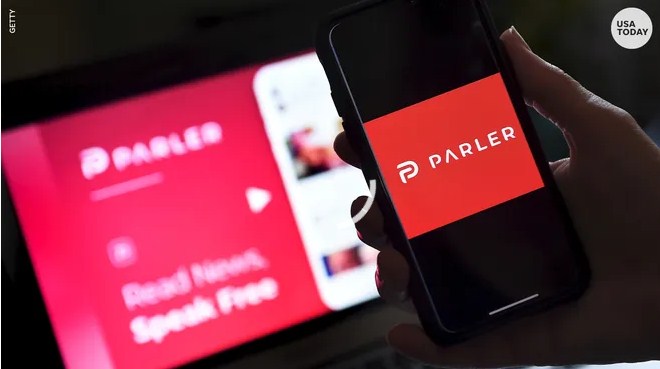 “They have constantly resisted my service vision which is mainly focused on making Parler an avenue for free speech,” Matze stated. “For instance, I drove the company towards more stability and an approach that I opined was better for moderating content from users.”

In a memo he sent to the employees of the company, Matze also stated that he was not a party to the decision to relieve him of his duties, but the “Rebekah Mercer controlled board” did it anyway on January 29, the former CEO added. Amy Peikoff, the company’s chief policy officer, told reporters that Matze has wrongfully presented the conditions that led to his dismissal.

“The Parler team aims to create a platform that will be known for its resilience and non-partisan policies towards ensuring free speech, and privacy for all its users,” Peikoff explained. “This is still very much what we are working towards, and we can prove that anyone who tries to say otherwise is wrong. The platform will be relaunched soon, and we can’t wait to welcome users back to the platform.”

After former President Donald Trump started spreading evidence-free allegations about the outcome of the presidential result on social media, his supporters continuously shared posts about violence and other abominable acts against lead Democrats on Parler, a situation which went unchecked before and even after the January 6 riots, Fox Business writes.

Parler’s popularity grew very fast in January as Twitter and other social media platforms continued to flag Trump’s claims about voter fraud. By the time the former-president was suspended on Twitter, Facebook, and other platforms, Parler had about 15 million users, many of whom AWS said were openly calling for a civil war.

“Parler” is a French word, meaning to speak, and it was created by Matze and Jared Thomson in 2018. The social media platform lacks many of the restrictions on other platforms, something that many Trump supporters and lead Republicans took advantage of to spread their allegations of voter fraud.

Amazon said it warned Parler about the over 100 posts inciting violence against officeholders, but the platform failed to take any step to stop the contents which might have contributed to the violence on Capitol grounds on January 6. The platform has also been removed from the Apple and Google app stores, and its return remained bleak until last week when Epik, a web hosting with strong links to Russia, registered it.