Manhattan’s Chelsea boasts its great outdoors, creative community, and high-energy businesses. It is full of art galleries, designer shops, and ritzy restaurants. But every area has a dark side, and some Chelsea residents are starting to experience that. People say that drug use in their living place is increasing with all the consequences. Law enforcement fails to control the situation. Citizens are complaining that little is being done to keep them safe and some have to invest in private security. 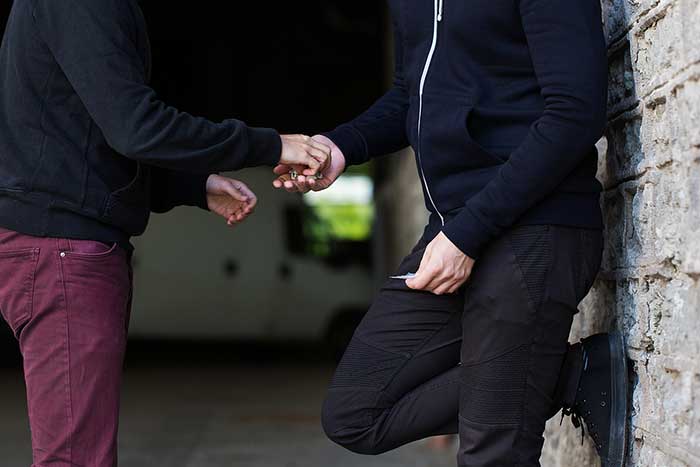 There are a lot of treatment services for substance abuse in the city of New York and all over the state. Rehab centers in NY help patients with addictions to any substances, be it alcohol, opioids, prescription medicine, or marijuana. Sadly, far not all addicts want to undergo recovery programs. The denial of the problem, barriers like stigma or fear, lack of finance, and other personal reasons deter people from getting help. As a result, they keep drowning in drug use and addiction-related problems, making other people feel the toll.

Manhattan’s Chelsea is full of drugs and crimes

People living in Chelsea are terrorized by drug users who scatter drug paraphernalia on the streets, smoke, and demonstrate inappropriate and violent acts.

Fox 5 News and CBC News went directly to the streets to check how dangerous the situation is. Fox 5 showed the video of several cases of drug-taking – some people are making injections, others are smoking meth. Videos provided to CBS2 show people intruding on residential properties to take drugs.

The number one drug in the area is crystal meth, also known as chalk, speed, crank, or ice. It is a highly addictive synthetic stimulant drug that affects the brain and central nervous system. There’s no legal use for it.

People swallow, snort, smoke, or inject crystal meth. They report that it increases alertness and causes euphoria. Continued use can cause multiple significant physical and mental health problems.

Quitting crystal meth can be a difficult task. Luckily, the best drug rehab centers in New York offer quality treatment services for anyone who wants to ditch their addiction and start a new life.

What is really shocking in this situation, those marginal behaviors take place near a school. Some parents told that their children have witnessed drug-taking, nudity, sex acts, and threatening behavior. One parent compared picking his kids up from school with a Dante’s Inferno walkthrough.

No one is safe. Police arrested a drug abuser who snatched a bag from 84-year-old Merle Lister-Levine one afternoon, pushing her and making her fall. Now, she is afraid to walk in the streets.

All of those things take place in the open and not only at night. Vivek Batra, a co-op owner, sees people shoot up and smoke during the day, leaving drug stuff behind. He found needles in a place where kids were playing.

Janice Alvarez, a Chelsea resident, tells that after 11, 12 o’clock, the avenue she lives on becomes “a freaking three-ring circus”. And Chelsea residents have been suffering from this problem for three years.

The workers of the best rehabs in New York say that it’s a common situation when addiction impacts not only a drug user but everyone around him. They think that increased funding of treatment programs, in particular, outreach services, can help to decrease the rates of level abuse and death overdoses.

Chelsea residents try to secure themselves

While people with drug use disorders don’t rush to get help at the best rehab facilities in New York, and cries for help to the district remain unanswered, residents decide to protect themselves on their own.

Vivek Batra’s basement has been already broken into multiple times. He installed video intercoms, magnetic locks, and cameras. These security measures turned out to be ineffective, he says. An intruder broke in and stole a bike.

Batra says his building will get a larger fence with sharp edges at the top to prevent break-ins. He adds that he takes pepper spray when going out.

NYPD admits they cannot do much to address the problem

One woman had two break-ins and called police every time. They arrived and arrested those people. However, the police say their actions are restricted.

Patrol arrests and narcotic arrests went up to 37% year to date. But it’s kind of a “catch, release, repeat” approach. People are brought in for drug-related crimes (possession and use), and according to NYC’s bail reform, they get desk-appearance tickets and are released from the station in a couple of hours.

It’s a common situation. For example, one suspect was recently arrested for drug possession. It was his 152 arrest.

Is there hope to improve the situation?

This spring, Governor Kathy Hochul announced giving up to $1 million to Opioid Treatment Program (OTP) Providers. Addiction and overdose levels have risen sharply over the last two years due to the COVID-19 pandemic. Funding is necessary for establishing additional OTPs for underserved populations. This will help more NY residents struggling with drug use disorders get access to the necessary resources.

Experts say that more funding is needed. For example, outreach services should increase their staff. Outreach workers are on the streets, but the volume of work is too large. More people should be hired.

Oftentimes, people who abuse drugs are not willing to seek help. Interventions are necessary. If you know someone with this problem, don’t think that you can help them alone.

Since meth is a powerful drug, it is one of the hardest ones to overcome. If a loved one found him/herself in a grip of addiction, help them enter one of the best drug rehabs in New York. Success to long-term sobriety can be found with professional medical help and care. Developing life skills and coping techniques at rehab can guide a meth user toward starting a new life.