A man has reportedly shot and killed three neighbors after setting up a midnight fire to lure them out. The unnamed man was allegedly jobless, had colon cancer, and had recently been served an eviction. Houston Police Chief Troy Finner said he ignited the fire at about 1 a.m. on early Sunday morning at 8020 Dunlap Street, a mixed industrial-residential neighborhood in southwest Houston. 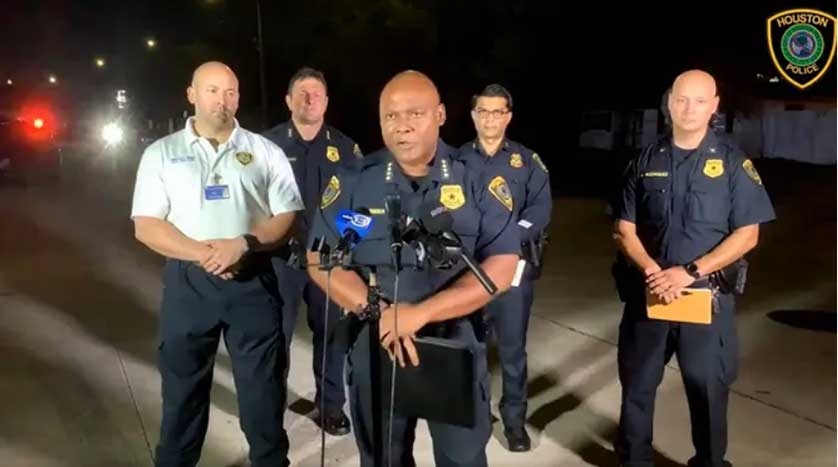 Firefighters and police officers responded to the fire outbreak almost immediately, but firemen found themselves being shot at and took cover. A police officer spotted the gunman, a black man in his 40s, in the parking lot and shot him dead. He had already shot three people – two died at the scene and the other died at the hospital – and wounded two others before being killed himself.

Robin Ahrens, a neighbor of the shooter, thanked his stars that he didn’t die in the attack since he was preparing to leave for work at the time of the incident. He said he heard the gunshots but mistook it for fireworks. He revealed the gunman suffered from unemployment and was sick and was recently notified of eviction.

“I’m just fortunate that I didn’t go outside because he probably would have shot me too,” he disclosed. “Something must have just hit him in the last couple of days really hard to where he just didn’t care.”

Police Chief Finner said no police officer or firefighters were injured in the attack, but “I’ve seen things I have not seen before in 32 years, and it has happened time and time again,” he said. “We just ask that the community come together.”

He added that the authorities have begun an investigation into the incident. The victims were two white men in their 60s and a black man in his 40s.